Seagate announced earlier this year at the Citi 2021 Global Technology Virtual Conference that the company is focusing on a next-generation HAMR.. 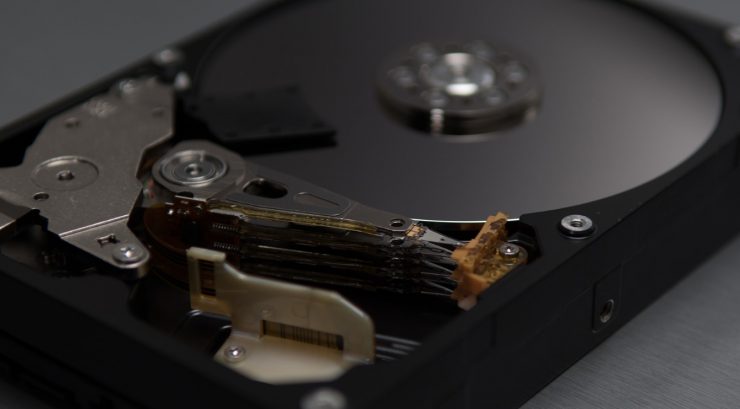 Seagate announced earlier this year at the Citi 2021 Global Technology Virtual Conference that the company is focusing on a next-generation HAMR (heat-assisted magnetic recording) HDD for mass production with up to 30TBs of storage space. This comes from a report by SeekingAlpha.

No one from Seagate, including Romano, has released any information on when the second-generational HAMR HDDs will hit the market. We do know from earlier reports that Seagate is anticipating releasing a 50TB HDD for 2025. It is speculated that the company will be able to produce the 30TB HAMR HDD by as early as 2023. There is also speculation that Seagate is experiencing delays in producing the new drive at the moment and why the anticipated date is over a year long.

We have a 20TB HAMR that we actually started to sell December last year, […] we are just producing enough quantity that we can sell to our main customers so that they get familiar with the new drive.

We are developing our second-generation HAMR drive that will be probably around 30TB. That is the drive that we want to ramp in volume.

With Seagate utilizing their HAMR tech to "increase the areal density of its HDDs significantly and [...] quickly," the focus for the HAMR HDDs is companies with "exascale data centers." Since most of these types of companies using this form of storage, the transition is extremely easy to transition to HAMR HDDs prior to the second generation of drives hit the market.

Seagate has demonstrated that its HAMR technology can support areal densities of up to 2.6 Tb/inch2 with a path to grow to 6 Tb/inch2 by 2030 to enable 100TB 3.5-inch HDDs. But HAMR is tricky as it requires not only new heads, but also new media, which is perhaps what slowdowns its adoption for mass products.

Some tech giants like Western Digital and Toshiba utilize EAMR (energy-assisted magnetic recording) for the high-capacity storage solutions they produce. Seagate, however, uses PMR (perpendicular magnetic recording) and TDMR (two-dimensional magnetic recording), which have shown to be extremely efficient but also are starting to seem archaic to the current market.

The post Seagate Readies Next-Gen HAMR HDDs With Up To 30TB Capacities by Jason R. Wilson appeared first on Wccftech.

Read More
Did you miss our previous article...
https://deals.delivery/technology/amd-radv-radeon-vulkan-drivers-enable-raytracing-support-on-older-gpus-including-rdna-1-vega-amp-polaris
virtualconferencethecompany