Sapphire's crypto-mining graphics cards based on the AMD RDNA 2 Navi 22 & Navi 23 GPUs have leaked out by El Chapuza Informatico.Sapphire Silently.. 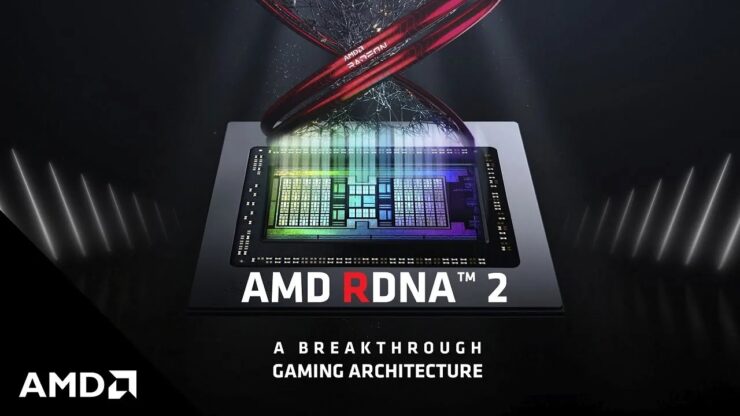 Sapphire's crypto-mining graphics cards based on the AMD RDNA 2 Navi 22 & Navi 23 GPUs have leaked out by El Chapuza Informatico.

The two graphics cards that have been leaked include the Sapphire GPRO X080 & the GPRO X060. Both cards utilize the AMD RDNA 2 architecture with the X080 based on the Navi 22 GPU while the X060 features the Navi 23 GPU core.

In terms of specifications, the X080 features an AMD Navi 22 GPU with 2304 cores (36 CUs), a clock speed of up to 2132 MHz, and comes with 10 GB of GDDR6 memory operating across a 160-bit bus interface at 16 Gbps pin speeds. This delivers an effective bandwidth of 320 GB/s. The card features a PCIe Gen 4.0 x16 interface and is powered by a single 8-pin connector. In terms of performance, the card offers around 38 MH/s at its default 165W TGP while optimized settings could reach 41.6 MH/s at around 93W. 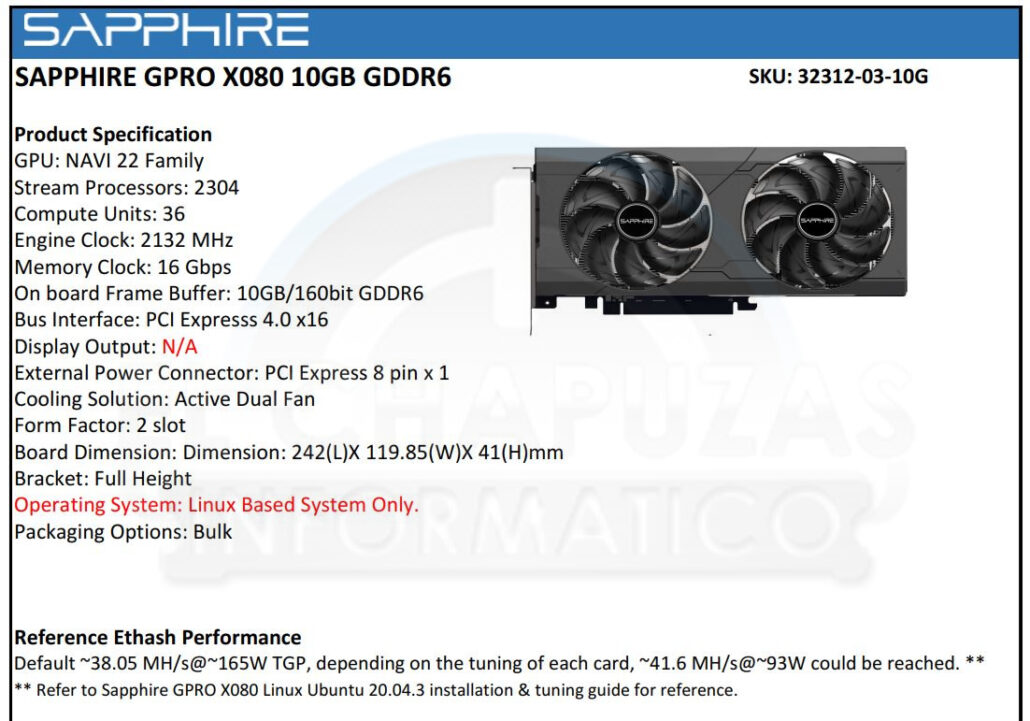 Design-wise, the card comes in a standard dual-slot and dual-fan configuration so you are getting an active cooling solution with a pretty decent heatsink underneath. The card is a headless design & only measures 242x119.85x41 (L/W/H) mm. It is intended to be sold in bulk for a price of around 750 Euros and only works on Linux as per Sapphire.

At this performance level, the card is still unable to match the AMD Radeon RX 6600 Non-XT that can produce up to 30 MH/s with tuned settings at just 50W. This gives the X060 a performance per watt rating of just 0.49 versus a 0.61 PPW rating for the RX 6600 based on the Navi 23 GPU design. 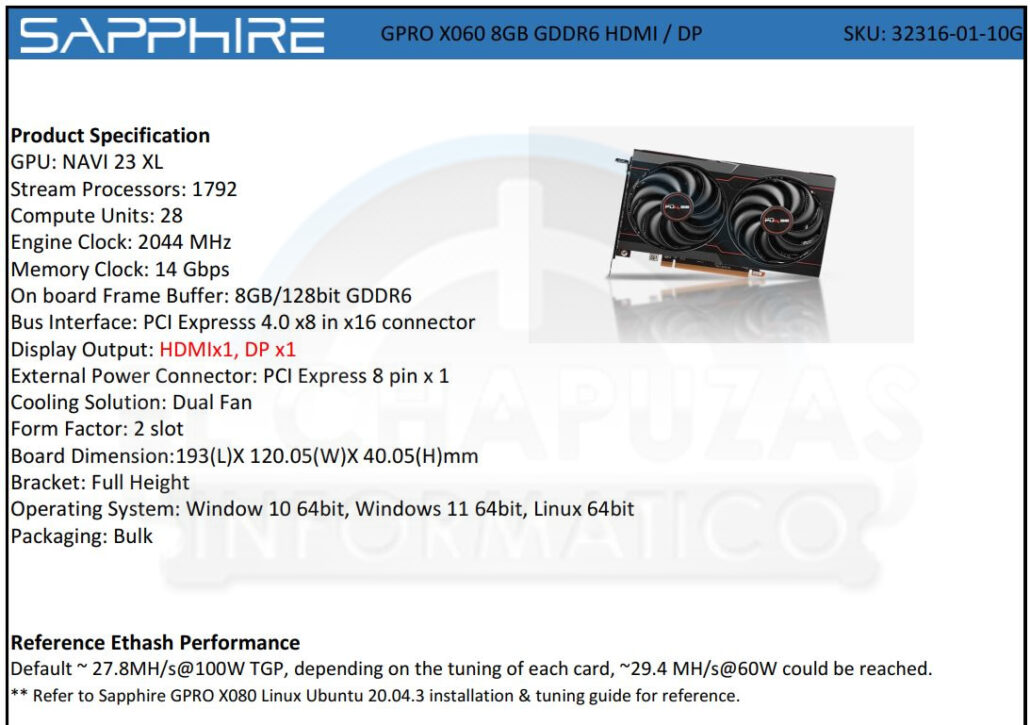 The card also comes in a dual-slot and dual-fan design but it is actually smaller than the Sapphire GPRO X080, measuring at 193x120.05x40.05 (L/W/H) mm. The card does work with both Windows and Linux operating systems and is also intended to be sold in bulk. The X060 has a retail price of around 550 Euros which makes it 200 Euros cheaper than the AMD Navi 22 offering.

What's interesting here is that this isn't the first time AMD RDNA 2 GPUs have been offered to crypto miners by AIBs. We have already seen XFX offer Navi 21 and Navi 22 offerings in the past few months so it is nothing shocking but still given the availability issues right now, it is not that good of a choice to offer gaming chips directly to a segment who these were not built for but then again, AMD has never said no to GPU mining on their gaming cards, unlike NVIDIA who has taken actions in the form of crypto mining-specific variants (CMP) and LHR with the latter one not being as successful.

Both designs are intended for mining only and there's no other purpose to them aside from that. It is kind of sad to see that AMD GPUs that are intended for gaming are being sold to miners by AMD exclusive AIBs in times when we are in the worst GPU shortage and pricing crisis. As per a recent report, AMD hiked up the prices of its GPU lineup, and given that RDNA 2 is being sold in bulk to crypto miners, it will be hard for actual gamers to get a gaming GPU for themselves for some time now.