While gaming performance on AMD's RDNA 2 cards is quite good and the red team has done an absolutely well job in bringing the latest technologies such as FSR, SAM, and Raytracing onboard their lineup, the overall performance in raytracing isn't on par with what NVIDIA's Ampere cards offer and SAM is also enabled across NVIDIA GPUs so the only advantage aside from gaming performance right now is the FSR edge since it's enabled in a wide range of games but DLSS is a big competition for the still-new tech. 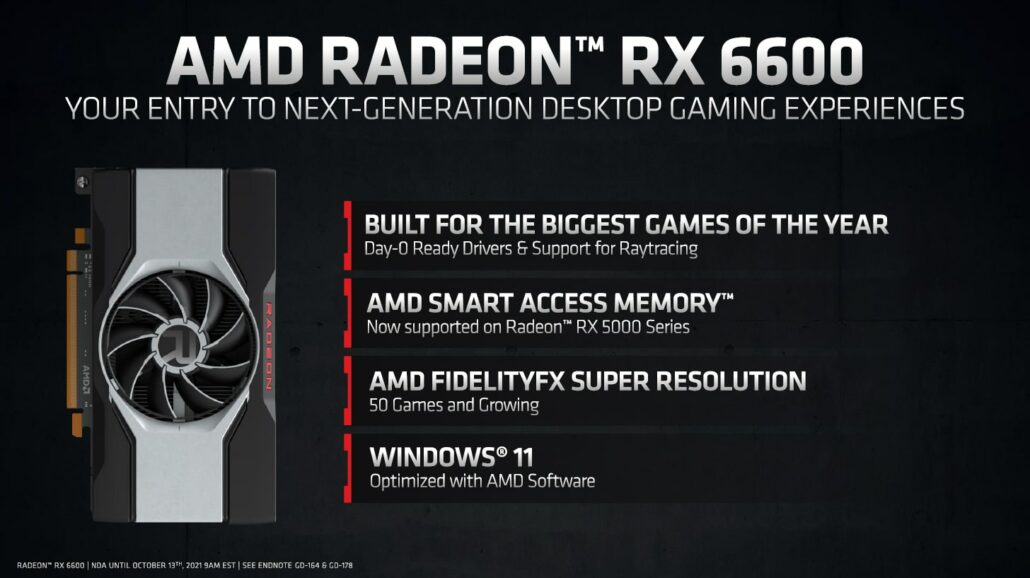 The AMD Radeon RX 6600 graphics card is expected to feature the Navi 23 XL GPU which is going to feature 28 Compute Units or 1792 stream processors. The card will also rock 32 MB Infinity Cache & will feature up to 8 GB GDDR6 memory capacity running across a 128-bit wide bus interface. The core clocks will be maintained at 2044 MHz game and 2491 MHz boost which should yield around 9 TFLOPs of compute performance.

The pin speeds will be kept at 14 Gbps which will bring the total bandwidth to 224 GB/s. From what we already know, the graphics card is expected to feature an average of 30 MH/s in Ethereum. The AMD Radeon RX 6600 Non-XT will also rock a 132W TDP which is a 28W reduction from the XT variant. So we are looking at a 15% reduction in base clock with a 21% reduction in power. 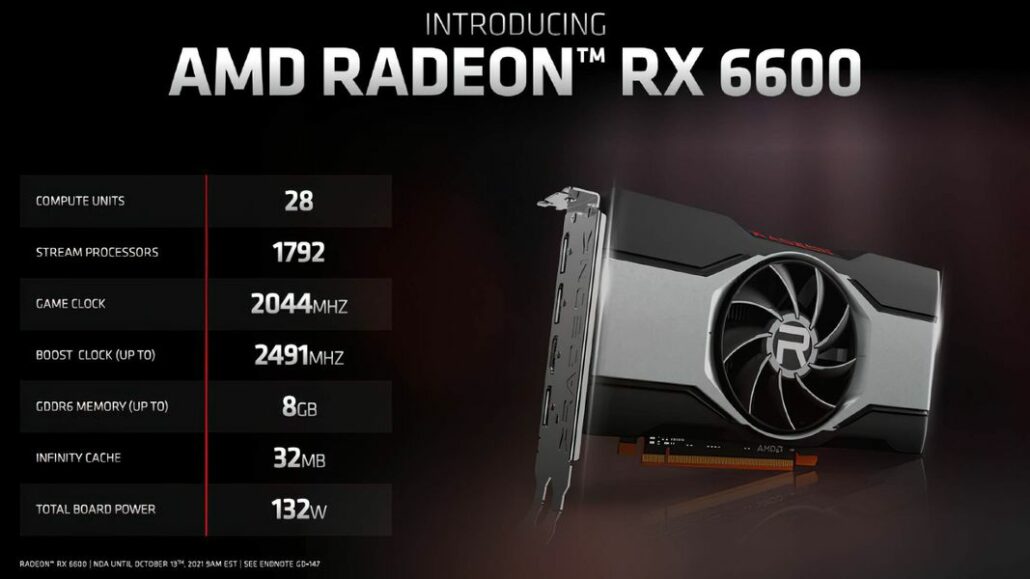 AMD RX 6600 series will be positioned as a premium 1080p gaming solution. The AMD Radeon RX 6600 XT launched at a pricing of $379 US and the Non-XT variant is launching at a price of $329 US. This puts its right next to the GeForce RTX 3060 which has an MSRP of $329 US but based on the existing market situation, we shouldn't expect the card to be priced at that range but rather much higher.

When it comes to raytracing performance, the graphics card is 13% slower than the GeForce RTX 3060 and only manages a lead in F1 2021 which favors AMD cards. The system used featured the AMD Ryzen 5 5600X CPU with SAM enabled so performance results with Intel systems will vary a bit. Following is what major tech pubs have to say about the RX 6600 (Credits To PCGamesN for putting the review roundup together): 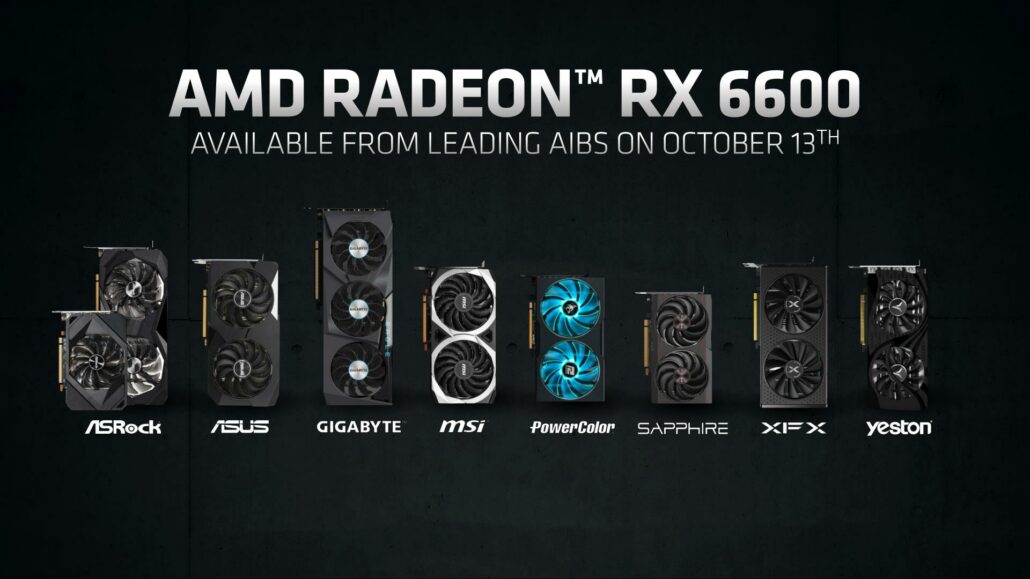 As for availability, well the card will be launching in non-reference flavors only with almost all AIBs offering a custom solution though we have heard that most high-end variants are not going to be made for the RX 6600.