Recently, we reported about a PowerColor consumer on Reddit purchased one of their graphics cards, the PowerColor RX 6700XT, and upon opening the.. 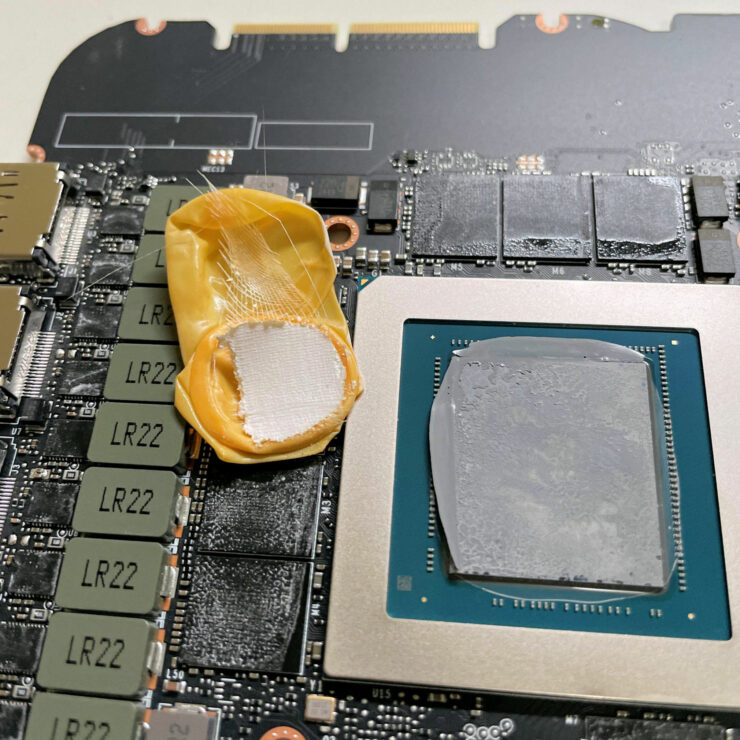 Recently, we reported about a PowerColor consumer on Reddit purchased one of their graphics cards, the PowerColor RX 6700XT, and upon opening the package, discovered that the thermal pads that are removed during manufacturing were left on by mistake.

Now, NVIDIA appears to have had a mistake in manufacturing that could have potentially damaged one of their own graphics cards.

Reddit user antonyjeweet purchased a NVIDIA GeForce RTX 3090 Founders Edition, only to find the finger cot used by factory employees inside the packaging.

Finger cots are used to ensure protection of the graphics cards, or other technologies that are touched by human hands, so that fingerprints do not appear on the product that could affect how the device processes. The location of the finger cot was between the cooler and two of the memory modules on the graphics card. If a foreign body or substance appears in an area such as the area of the cooler, it can increase the temperatures dramatically to upwards of 110°C, or 200°F.

Most users who purchase the NVIDIA GeForce RTX 3090 Founders Edition cards replace and upgrade the thermal pads, which was when antonyjeweet found the finger cot. After removing the foreign object, temperatures would drop down to 86°C (186.8°F) or lower, depending on the tasks being processed.

Users replacing the thermal pads is not a new practice. Graphics cards, such as the RTX 3090 FE cards, are guilty of processing increasingly high temperature in the memory modules. This is due to poor efficiency in cooling transfer in the graphics card because of the decreasing quality of parts during manufacturing. That action causes the graphics card temperatures to be affected as well.

As we reported before, manufacturing mistakes and defects are a common problem, no matter what industry is affected. Parts could be missing from the product, causing the product to either work defectively or not work at all. The most important thing for consumers to do is to be aware of any discrepancies while utilizing the products, and notify either the seller or manufacturer immediately if the product is not working as intended.

Read More
Did you miss our previous article...
https://deals.delivery/technology/enermax-announces-lga-1700-mounting-kits-compatible-with-intel-12th-generation-alder-lake-cpus