An alleged benchmark of Intel's Alder Lake flagship CPU, the Core i9-12900K, has been posted by REHWK which shows the chip outperforming an AMD Ryzen .. 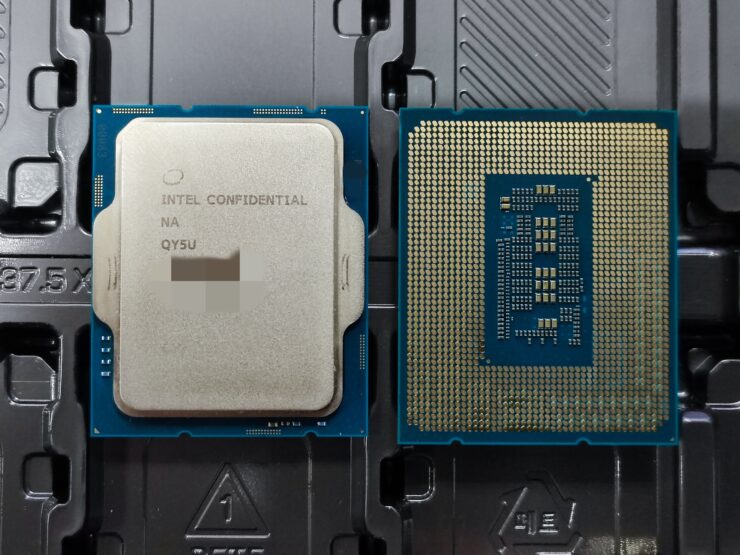 An alleged benchmark of Intel's Alder Lake flagship CPU, the Core i9-12900K, has been posted by REHWK which shows the chip outperforming an AMD Ryzen Threadripper CPU in Cinebench R23.

The leaker tries his best to hide the specific test platform and specs though most of that is way too obvious. Starting with the details, we are looking at the flagship Intel Core i9-12900K CPU which has been recognized as an 8+8 core part within the latest version of CPU-z (v1.97). The CPU comes with a reported clock speed of 5.3 GHz which should be its maximum TVB (Thermal Velocity Boost) chip frequency, a 30 MB L3 cache, and a TDP of 125W.

As for the test platform, the Intel Core i9-12900K CPU was allegedly running on a Z690 AORUS Ultra motherboard which supports a PCIe Gen 5.0 bus (32 GT/s) but since current graphics cards are only limited to PCIe Gen 4, it is kind of pointless for now unless we get a new generation or wait for next generation SSDs. Lastly, we have the memory which was configured at DDR5-5200.

Note that CPU-z mentions the memory as Quad-Channel even though two 16 GB DIMMs are used & Alder Lake only features a dual-channel IMC. This is due to the dual 32-bit memory channels featured on the DDR5 memory whereas DDR4 memory features a single 64-bit memory channel. This might be fixed in a later revision of CPU-z. The timings for this specific kit are retained at CL38 (38-38-38-83-121-2T).

Now coming to the benchmark, the Intel Core i9-12900K CPU was tested within Cinebench R23 and scored an insane 30,549 points. Not only does this make the Alder Lake CPU the first mainstream chip to break the 30K barrier on Cinebench R23 but it also yields higher performance than AMD's Ryzen Threadripper 2990WX which rocks 32 Zen 2 cores. For comparison's sake, the AMD Ryzen 9 5950X features a score of around 28,500 points which makes the Intel Alder Lake chip at least 7% faster and what's interesting is that this might not even be the final performance that the chip has to offer. 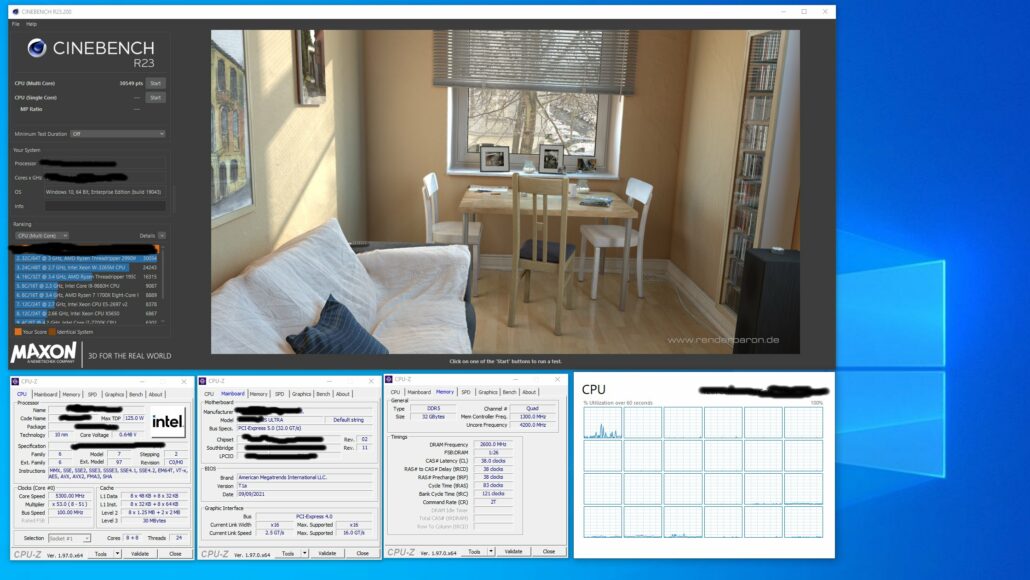 If true, then the Intel Alder Lake Core i9-12900K would give AMD's Ryzen 5000 lineup a tough time until the red team comes out with their 3D V-Cache chips around the end of this year or early 2022. We also see Intel following AMD's footsteps in outperforming its HEDT lineup with a mainstream chip as that was how AMD became dominant in the high-end segment with its Ryzen 9 chips that obliterated Intel's Core-X lineup in terms of performance/$. The Intel Alder Lake CPU lineup is expected to launch in November along with the respective Z690 platform and DDR5 memory kits.