Several Intel Alder Lake-S Desktop CPUs have leaked today which include benchmarks of the Core i7-12700 and pictures of engineering samples.Intel.. 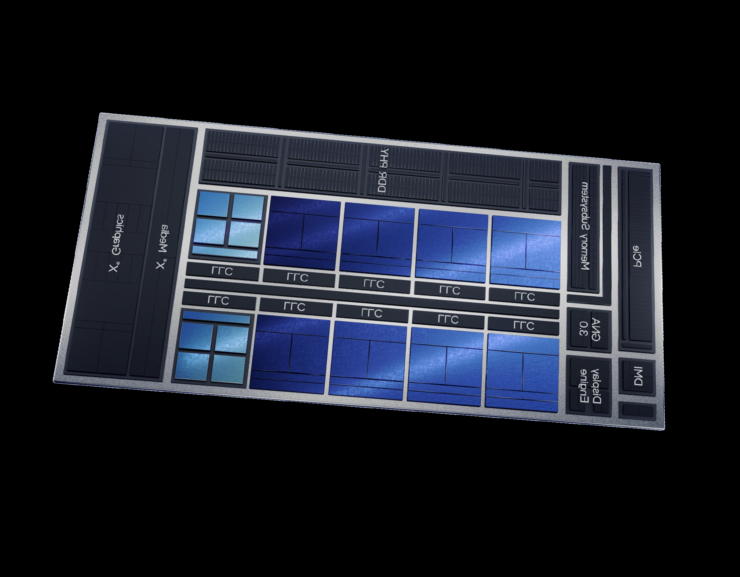 Several Intel Alder Lake-S Desktop CPUs have leaked today which include benchmarks of the Core i7-12700 and pictures of engineering samples.

So first up, we have the benchmarks of what's presumably an Intel Core i7-12700. Spotted in the Geekbench 5 database (via BenchLeaks), the Alder Lake-S chip once again appears with incorrect specifications as the software isn't yet updated to support the heterogeneous architecture on the Alder Lake CPUs.

The Intel Core i7-12700 should feature 6 P-Core (Golden Cove) and 8 E-Core (Gracemont) for a total of 14 cores and 20 threads. The Geekbench software detects the E-Core cluster which comprises 4 Gracemont cores as a singular core. There should be two E-Core clusters on the Core i7-12700 so it is definitely an erroneous reporting by the software. The L3 cache is reported correctly at 25 MB & that's 18 MB (3 MB per core) coming through the P-Cores and 6 MB coming through the E-Cores (3 MB per cluster)

In terms of clock speeds, the CPU was running at a base clock of 2.1 GHz but features a boost clock of up to 4.8 GHz. Do remember that this is a non-K SKU with a standard TDP of 65W so its base & boost frequencies are going to be slightly lower to compensate for the lower power consumption. All cores aren't showing up within the Geekbench 5 log which indicates that only the P-Cores could be working on the chip while the E-Cores are not being utilized at all. 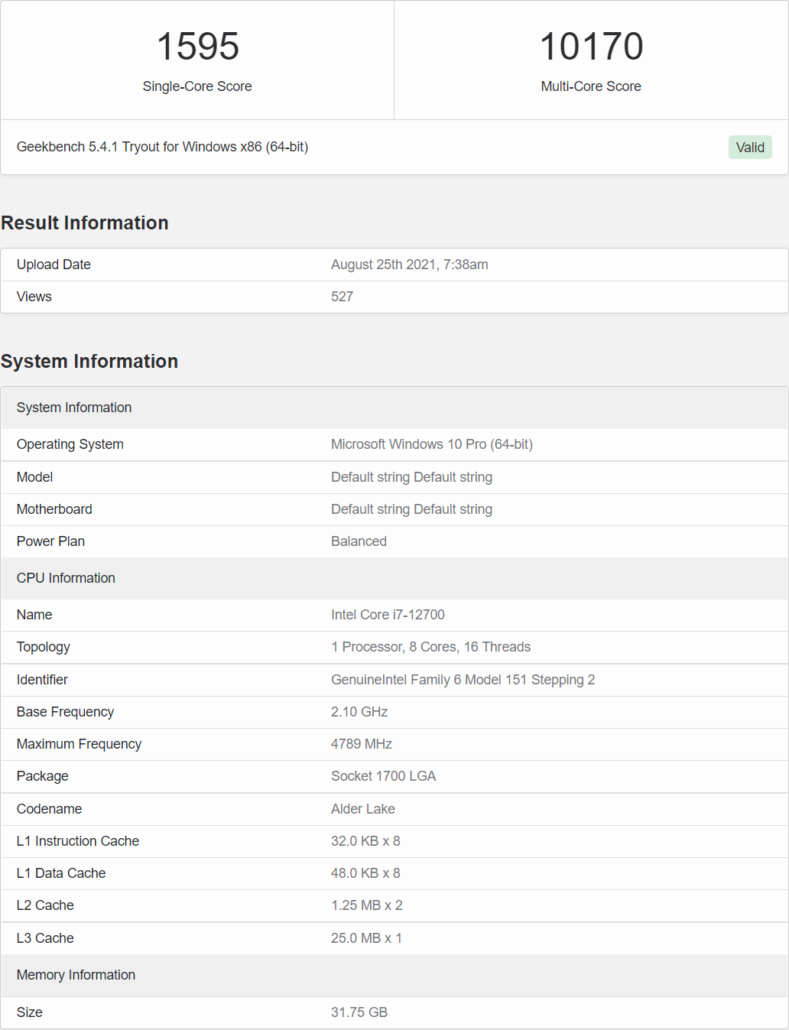 Performance-wise, the Intel Core i7-12700 scored 1595 points in the single-core and 10170 points in the multi-core tests. In the comparison below, you can see that the chip, even in its current state, is 3% faster than the AMD Ryzen 7 5800X and 13% faster than the Core i7-11700K. It comes close to the Core i9-11900K despite featuring ES clocks, running with half of its cores disabled, and an early BIOS. The single-core performance is also affected due to the lower clock speeds on this ES sample but do expect it to end up around the 1700 range when the final samples hit.

Moving forward, we also have new images of Intel's Alder Lake 'QWV0' samples which feature a base clock of 1.60 GHz that has been leaked by HKEPC. The source used the images in an article that was talking about the P-Core and E-Core performance/efficiency slide that was presented at HotChips 33. We talked about the chart in detail over here. 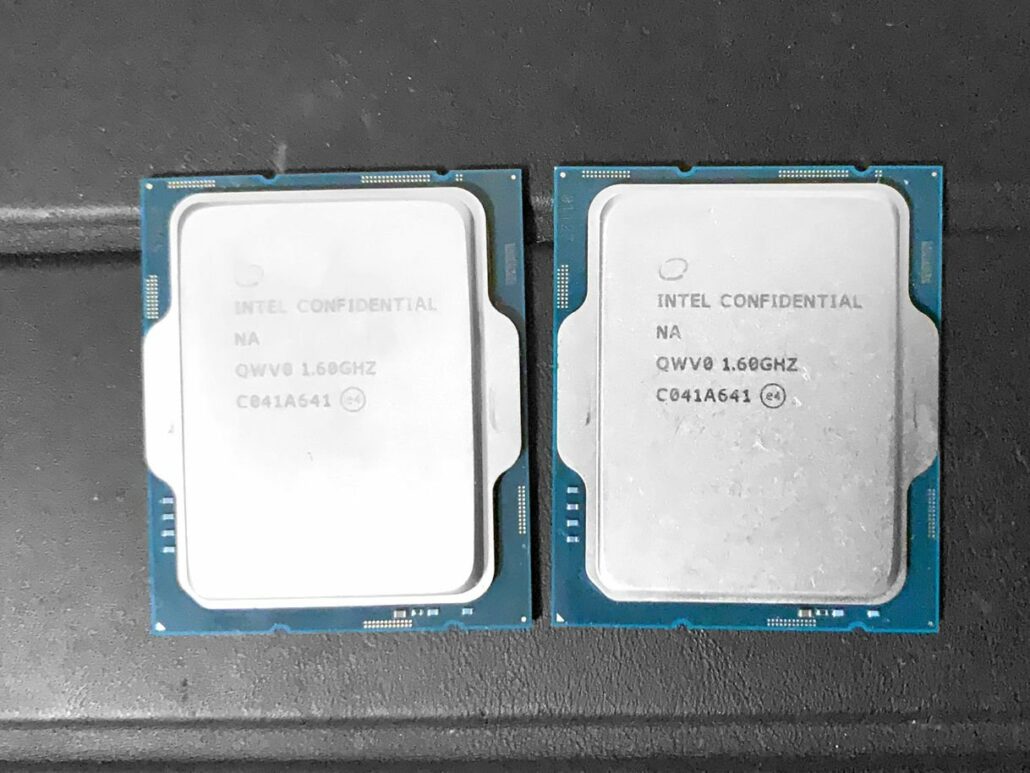 And lastly, we have proper detection and support coming in the latest version of CPU-z for the Intel Alder Lake-S Core i9-12900K, Core i7-12700K, Core i5-12600K Desktop CPUs. The software suite has initial support for the 12th Gen Core processors which would be able to detect the chips along with the hybrid design which includes both P-Cores and E-Cores.

You would need to have one of the chips in your hands to see how the software reports the two core architectures but we will know soon considering the number of engineering samples out in the wild. The software also added support for the Z690 platform, DDR5 memory SPD & XMP 3.0 support.