In 2020, Kingston was ranked as the top DRAM manufacturer

In a recent ranking by TrendForce, when looking at the Top 10 manufacturers of DRAM memory during 2020, Kingston was the top manufacturer of DRAM,.. 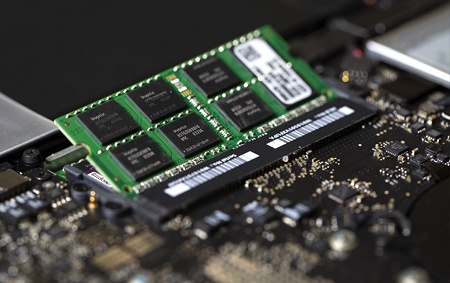 In a recent ranking by TrendForce, when looking at the Top 10 manufacturers of DRAM memory during 2020, Kingston was the top manufacturer of DRAM, with 78% of the worldwide market share.

With the state of the world during last year, it is estimated that notebooks and desktops would be more prevalent with a lot of users utilizing the hardware for remote work and learning.

The volume of goods has also increased. In 2020, the global memory market revenue was 16.92 billion US dollars, an increase of 5.06% year-on-year.

Compared to 2019's market data, Kingston actually saw a decline in 2020 by 2.33%, with analysts estimating the decline due to Kingston's conservative sales strategy.

Following Kingston's domination of the market, company ADATA landed in second place, while company Ramaxel placed third in TrendForce's data. ADATA saw an increase in shares by almost 1%, with 2.27% of market shares in 2019 and 3.19% in 2020.

Kingston places its products, including DRAM, through several testing stages before releasing to the market for purchase.

Kingston has developed one of the most advanced testing facilities in the industry. Kingston employs a multi-tiered testing system to ensure quality control throughout the design and manufacturing process.

They also offer a guaranteed lifetime warranty on their memory products to ensure that consumers continue to run for long periods without several problems.

Ramaxel, based on their website, appears to have dropped in ranking compared to when they had maintained a second place on the list. Their website has no longer been updated since 2012, when at that time they had already kept a position behind Kingston for five solid years seeing a growth of up to 7.7%.

ADATA, however, shows continued growth, even with the market evolving over the last year.

With Kingston having that large of a grab of the market shares, it makes one wonder what it will take for companies, such as ADATA and Ramaxel, to see a large change, or even be able to overthrow the dominance of Kingston's shares.