EVGA X570 Dark Pictured in Detail, One Of The Most Powerful AMD Ryzen Am4 Overclocking Motherboards To Date

EVGA's flagship and first AMD AM4 motherboard for Ryzen Desktop CPUs, the X570 DARK, has been pictured in detail. We already got to see the.. 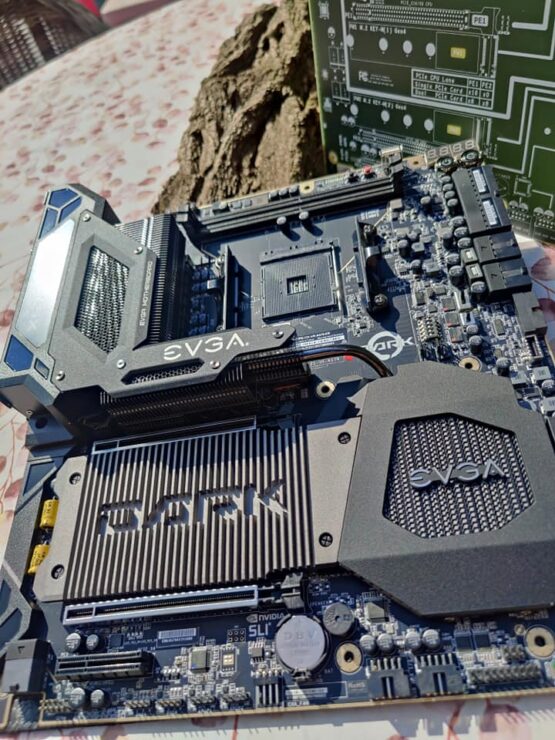 EVGA's flagship and first AMD AM4 motherboard for Ryzen Desktop CPUs, the X570 DARK, has been pictured in detail. We already got to see the motherboard pretty good last month but the latest pictures show us even more of this powerful and overclocking-friendly design on EVGA's X570 outing.

The EVGA X570 DARK motherboard isn't a traditional motherboard and due to several reasons. It is designed purely for enthusiast-grade AMD Ryzen Desktop CPUs and carries an enthusiast-tier build quality and a horizontally placed socket which plays a key role in pushing memory overclocks to the very limit.

The X570 DARK from EVGA features the AM4  socket with support AMD Ryzen Desktop CPUs up to Zen 3. The CPU socket is powered by two 8-pin connectors which are located next to the 24-pin power connectors, all of which are right-angled for easier cable management. Jacob Freeman of EVGA has confirmed that the chip is an 'X570S' variation since it doesn't feature an active-cooling solution.

The board has an impressive 16 Phase Digital VRM and the most notable thing next to the power delivery are huge aluminum finned heatsinks. There are at least three sets of these heatsinks covering the VRMs and the PCH, all of which are interconnected via a massive copper heat pipe. These heatsinks are covered by a nice metallic frame which leads to the I/O plate that features an RGB lit 'X570 DARK' logo. Furthermore, EVGA has integrated dual PWM fans within the I/O plate that blow air towards the heatsink for increased cooling.

Coming to the memory slots, there are two DDR4 DIMM slots that are rated to support 5333 MHz+ (OC) speeds. The reason for putting them horizontally in an untraditional way is to move the lanes closer to the CPU socket, allowing for better signaling and in return, higher memory speeds than the traditional design. You will be limited by just 64 GB capacities but that's more than enough for a mainstream platform. As for expansion, EVGA has provided two PCIe Gen 4.0 x16, a single PCIe Gen 3.0 x4, and 2 M.2 slots of which are Gen 4 compliant. All M.2 slots are situated between a bulky heatsink plate that has the 'DARK' labeling on top.

We have already seen some impressive overclocking numbers and benchmarks put forward by KINGPIN using the X570 DARK motherboard on AMD Ryzen 5000 & Ryzen 5000G CPUs. Some of them are posted below:

German overclocker, DANOCP submitted his own overclocking numbers and posted an FCLK of 2066 MHz (1:1) and an overclock of 4.8 GHz on the AMD Ryzen 9 5950X clocked at 4.8 GHz (all-core) which is pretty impressive considering this was done on standard water-cooling and not LN2 cooling. You can see the test results below:

Some main features of the EVGA X570 DARK motherboard would include:

Storage includes 8 SATA III ports and a single U.2 port (all right-angled). For those who will be pushing the PCIe lanes on the motherboards, there's a supplementary 6-pin power connector provided next to the audio PCB. I/O includes a 7.1 channel audio jack, 4 USB 3.1 Gen 2 Type-A, 1 USB 3.1 Gen 2 Type-C, 2 USB 3.1 Gen 1, PS/2, Dual-Antennas, Dual Intel 2.5GbE NICs, HDMI/DP ports. There are also Dual Probelt headers and multi-function POST indicators next to the BIOS reset and Power switches on the motherboard.

Currently, there's no word on pricing or availability but expect the EVGA X570 DARK motherboard to cost over $600 US at launch. 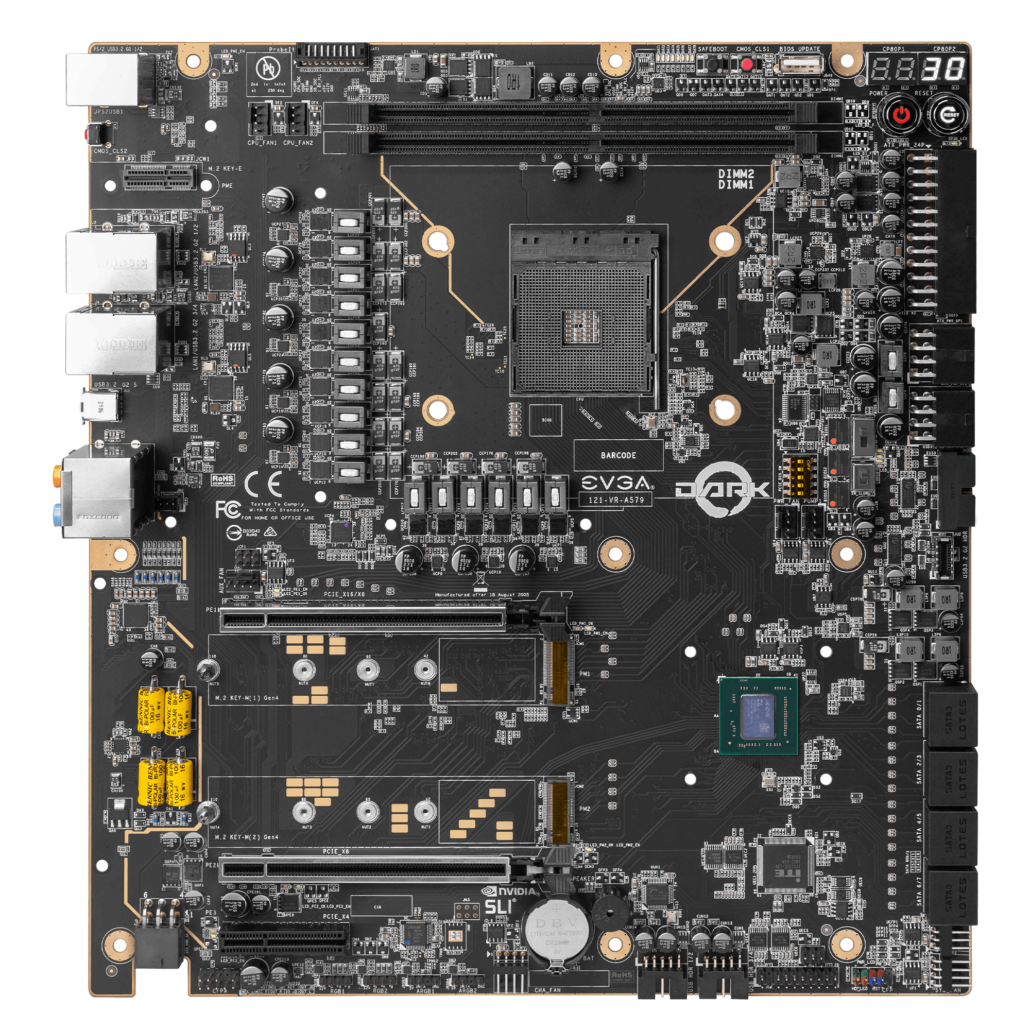 The post EVGA X570 DARK Pictured In Detail, One of The Most Powerful AMD Ryzen AM4 Overclocking Motherboard To Date by Hassan Mujtaba appeared first on Wccftech.

By: Hassan Mujtaba
Title: EVGA X570 DARK Pictured In Detail, One of The Most Powerful AMD Ryzen AM4 Overclocking Motherboard To Date
Sourced From: wccftech.com/evga-x570-dark-pictured-in-detail-one-of-the-most-powerful-amd-ryzen-am4-overclocking-motherboard/
Published Date: Sun, 19 Sep 2021 15:27:42 +0000