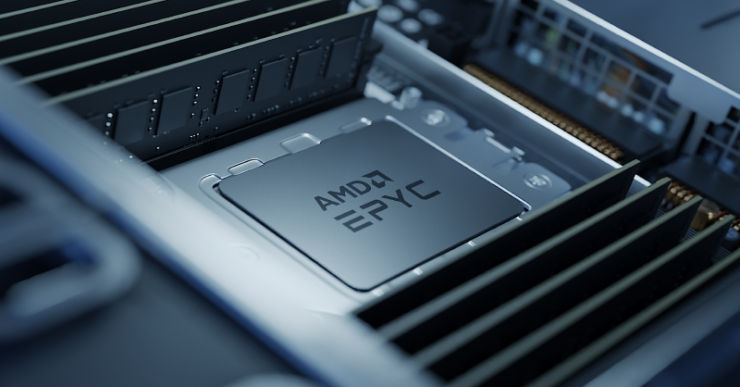 New benchmarks of AMD's upcoming Milan-X flagship, the EPYC 7773X CPU, have been submitted to the OpenBenchmarking software suite.

The benchmarks were spotted within the OpenBenchmarking database and consist of two AMD EPYC 7773X Milan-X CPUs which were recently announced by the red team during their keynote comprising of data center innovations. The dual CPUs were tested on the Supermicro H12DSG-O-CPU motherboard which features dual LGA 4096 SP3 sockets. Additional specs on the platform included 512 GB of DDR4-2933 (16 x 32 GB) system memory, a 768 GB DAPUSTOR storage system and performance was evaluated on the Ubuntu 20.04 OS.

The flagship AMD EPYC 7773X will rock 64 cores, 128 threads and feature a maximum TDP of 280W. The clock speeds will be maintained at 2.2 GHz base and 3.5 GHz boost while the cache amount will drive up to an insane 768 MB. This includes the standard 256 MB of L3 cache that the chip features so essentially, we are looking at 512 MB coming from the stacked L3 SRAM which means that each Zen 3 CCD will feature 64 MB of L3 cache. That's an insane 3x increase over the existing EPYC Milan CPUs.

In the benchmarks above, you can see that the AMD EPYC 7773X Milan-X dual CPU configuration has been compared to the AMD EPYC 7763 Milan dual CPUs. The standard Milan offerings offer slightly better performance but with launch approaching in Q1 2022, we should expect more work loads to take advantage of the behemoth of cache that these chips pack. There are going to be a ton of workloads that will utilize the increased cache for more performance as demonstrated by Microsoft in their Azure HBv3 VM performance metrics.

3D V-Cache could just be one aspect of the EPYC Milan-X lineup. AMD might introduce faster clocks as 7nm continues to mature and we can see much faster performance from these stacked chips. As for performance, AMD showcased a 66% performance uplift in RTL verifications with Milan-X versus the standard Milan CPU. A live demo showcased how Synopsys VCS Functional verification test was completed by Milan-X 16-core SKU much faster than the non-X 16 core SKU.

AMD has announced that Milan-X will have broad platform availability through their partners such as CISCO, DELL, HPE, Lenovo, and Supermicro while the launch is planned for Q1 of 2022.