Antonline continues it's exclusiveness with EVGA products this holiday season by offering select EVGA coolers and power supplies for their consumers. .. 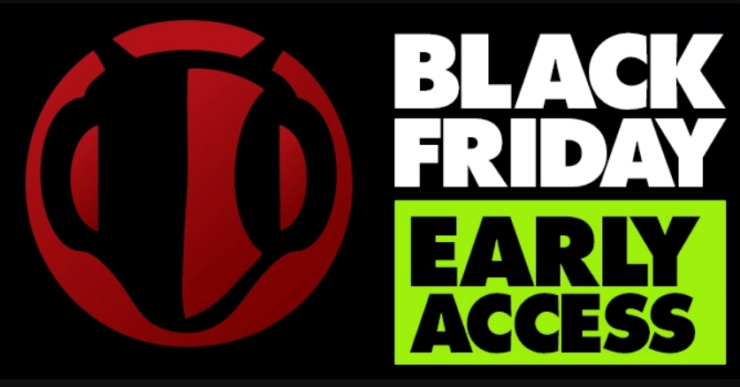 Antonline continues it's exclusiveness with EVGA products this holiday season by offering select EVGA coolers and power supplies for their consumers. Along with their current sales, they also have added a few select AMD CPUs including a 1-month membership to Xbox Game Pass that is exclusive to the AMD promotion. First, let's take a look at the AMD processors on sale through Antonline.

Just in time for the release of Halo Infinite, AMD is offering one of three AMD Ryzen CPUs. In this first bundle, you get the AMD Ryzen 7 5800X 16-thread CPU, a CPU that also bears 8 cores, clock speeds of 3.8GHz-4.7GHz, and 36MBs of Total Cache. This CPU is PCIe 4.0 ready out of the box, but does not include a CPU cooler.

On top of this demanding processor, you also receive the Xbox Game Pass For PC 1 Month Membership AMD Coupon Code, delivered by email. In fact, AMD is using the release of Halo Infinite to help promote the CPU as being the best CPU product for the newest Halo release.

Both of the AMD Ryzen 9 series CPU bundles offer similar options, but the CPUs are the only largest difference between these two AMD Ryzen 9 bundles. The first bundle packs the AMD Ryzen 9 5900X 12-core CPU, with 24-threads, 3.7GHz-4.8GHz clock speeds, and a Total Cache of 70MB. This CPU is also PCIe 4.0 ready and also offers the Xbox Game Pass For PC 1 Month Membership AMD Coupon Code delivered by email. Again, with this bundle, you do not receive the CPU cooler.

Configuring and customizing your rig has never been easier. AMD Ryzen 5000 Series desktop processors can be dropped into AMD 500 Series motherboards with a simple BIOS update. They're also ready to be tweaked and tuned using Ryzen Master.

Want to jump in the game faster? Download AMD StoreMI to get HDD storage at SSD speeds.

What better way to follow up the AMD bundle with the EVGA CPU coolers that are currently on sale?

First up is the EVGA CLC 360mm All-In-One RGB LED CPU Liquid Cooler, currently on sale for $89.99 and only while supplies last. This EVGA liquid cooler sports a 4.72" maximum fan diameter and full copper waterblock to produce efficient cooling by pulling the heat from your CPU to the radiator. It produces up to 559.7 gallons per minute of maximum airflow with speeds as high as 2400 rpm, but maintain a quiet 39.9dB(A) noise level. With Teflon Nano bearings, you can guarantee that the lifespan of EVGA's CPU coolers will outlast the competition. Adding premium sleeved tubing and fully controlled RGB LED provides a smooth and sleek look with very modern designs.

The second EVGA CPU cooler on sale is the EVGA CLC 280 Liquid CPU Cooler, which is currently on sale for $79.99 while supplies last. Utilizing the same Teflon Nano Bearing technology to allow for long lasting lifespans of EVGA's CPU cooler line, The CLC 280 sports a 5.51" maximum fan diameter, and produces 849 gallons a minute of maximum airflow. Similar to the CLC 360mm option, it runs at speeds of 2200 rpms, and an amazing 39.5 dB(A) noise levels. This liquid cooler from EVGA keeps in suit with the previous with premium sleeved tubing and full copper waterblock.

The following EVGA power supplies are on sale and while supplies last, so pick one or more up now while the sale is active.

Read More
Did you miss our previous article...
https://deals.delivery/technology/gskill-trident-ddr5-32gb-2-x-16gb-6000mhz-cl36-memory-kit-review-now-thats-fast
blackfridayholidayseason