Developers behind The Medium Gaming have announced that their title is adding support for AMD's FSR (FidelityFX Super Resolution) technology.AMD FSR.. 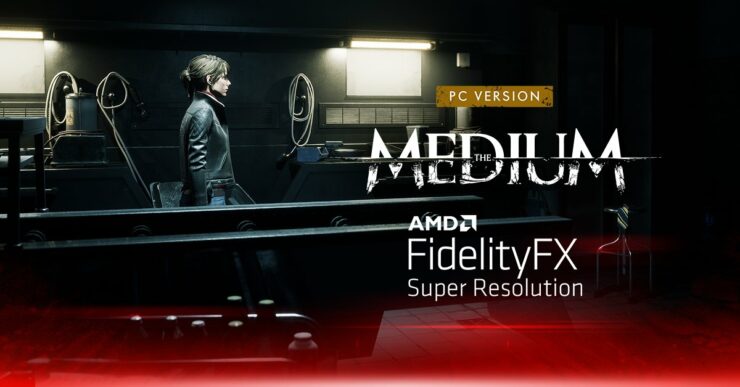 Developers behind The Medium Gaming have announced that their title is adding support for AMD's FSR (FidelityFX Super Resolution) technology.

The Medium, when first released in January, already supported NVIDIA DLSS technology as well as ray tracing. NVIDIA also claimed during that time that their technology for the game could increase performance to 100% for the game. NVIDIA had worked closely with Bloober Team to ensure that the graphics would excel above most game standards using their upscaling and ray tracing technology.

It's a great moment to jump back into the dual reality and explore it with renewed perception!#AMD #radeon #FSR pic.twitter.com/fRklRV3IgG

Now, AMD will utilize their FSR technology for the game, which is currently on Sony's Playstation 5, Microsoft's Xbox X|S, as well as on PC.

Currently, there are no performance comparisons between AMD and NVIDIA's graphical upscaling, utilizing each company's graphical software technology. For now, users should refer to system requirements that the developer has released on The Medium game site.

Discover a dark mystery only a medium can solve. Explore the real world and the spirit world at the same time. Use your psychic abilities to solve puzzles spanning both worlds, uncover deeply disturbing secrets, and survive encounters with The Maw - an entity born from an unspeakable tragedy.

Interestingly, with AMD FSR support, the game will let both older NVIDIA and AMD graphics cards as well as the latest RX 6000 series to run the feature to boost frame rates.