Toto Wolff is in no mood to talk about Formula 1‘s offseason issues. But that’s all the Mercedes principal seems to do since Lewis Hamilton..

Toto Wolff is in no mood to talk about Formula 1‘s offseason issues. But that’s all the Mercedes principal seems to do since Lewis Hamilton controversially lost out on an eighth drivers’ championship to Max Verstappen.

In the past month, many of Wolff’s attacks have targeted Michael Masi. The FIA Race Director has been linked to losing his position for weeks. But Wolff halted his recent ground attacks to spearhead industry reform.

Toto Wolff: ‘The whole decision-making system needs to be improved’

“I’m not interested in having a conversation with Michael Masi,” Wolff told motorsport.com.

The most significant controversy of a campaign highlighted by on- and off-track drama developed when Masi ordered the season-ending Abu Dhabi Grand Prix to restart with one lap remaining. He did so after green-lighting the lapped machines to pass the Safety Car. The move helped clear a path for Verstappen to pass Hamilton along Turn 5 of the last lap.

Verstappen’s team elected to change tires at the beginning of the caution period, and Hamilton’s did not. Without any slower traffic holding Verstappen back, the fresh tires proved to be the difference. It also proved to be the source of Mercedes’ discontent with how the event unfolded.

“It’s a bigger problem; my values are simply not compatible with the decisions that were made,” Wolff said. “It’s not just about replacing the race director. The whole decision-making system needs to be improved.”

Martin Brundle: ‘I think he (Masi) was swayed by the calls from Christian Horner’ 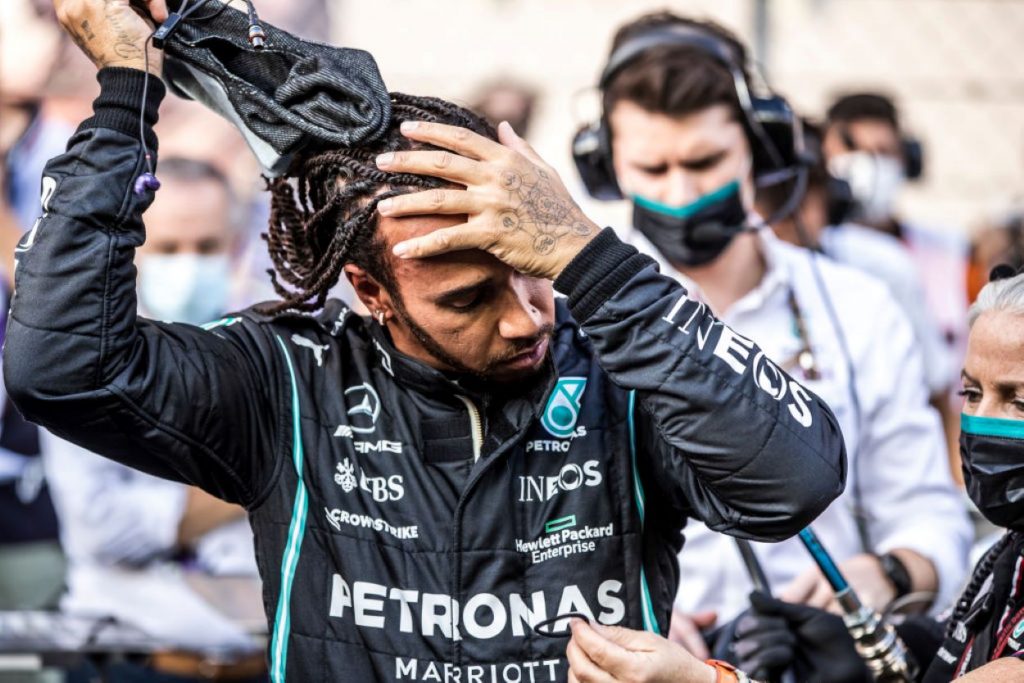 During the final stages of the Abu Dhabi GP, both Wolff and Horner utilized open radio lines to connect with Masi, attempting to influence his decisions.

“I think he was swayed by the calls from Christian Horner saying, ‘you’ve got to unlap these cars,’ ” said Brundle, a Sky Sports broadcaster since 2012. “I think he was trying to do the right thing and in doing that, breached (the FIA’s) own regulations.”

Because of the open-line influence, Hill promotes cutting off communication between the FI teams and top FIA officials during races.

Which race are you most excited about this season!

The FIA is compiling an analysis of events during the Abu Dhabi GP. Masi’s role will be scrutinized, but so will others. Earlier in the race, stewards were called out of inconsistent calls on wheel-to-wheel racing.

Firing Masi may be a start, but it’s not the end play.

“It’s one thing to drive hard and have different points of view between drivers and teams; that’s normal,” Wolff said. “But inconsistent decisions inevitably lead us to controversy, much of it totally unnecessary.”

With the 2022 season approaching, Wolff may not want to talk to Masi, but he would like to discuss other topics, like “inconsistencies in implementing the rules on track.”

Well, that could make for interesting dinner talk.

RELATED: Max Verstappen and Lewis Hamilton Co-Starred in a Formula 1 Drama Worthy of a Screenplay

Read More
Did you miss our previous article...
https://deals.delivery/sports/marc-gasol-36-years-old-isnt-closing-the-door-on-a-nba-comeback-just-yet
totowolffhasbeen