The Tampa Bay Rays were beaten by the Boston Red Sox, but the real miracle happened in the stands

The Tampa Bay Rays were enjoying their popcorn and had already had their champagne plans. Why not? They were the best team in the American League and ..

The Tampa Bay Rays were enjoying their popcorn and had already had their champagne plans. Why not? They were the best team in the American League and finished eight games ahead of the Boston Red Sox. They also cruised to a 5-0 victory in the opening game of the American League Divisional Series.

The Sox had other plans, winning the next three games. While the Sox shocked the Rays by eliminating them from the postseason Monday night, another miracle took place in the stands at Fenway Park. 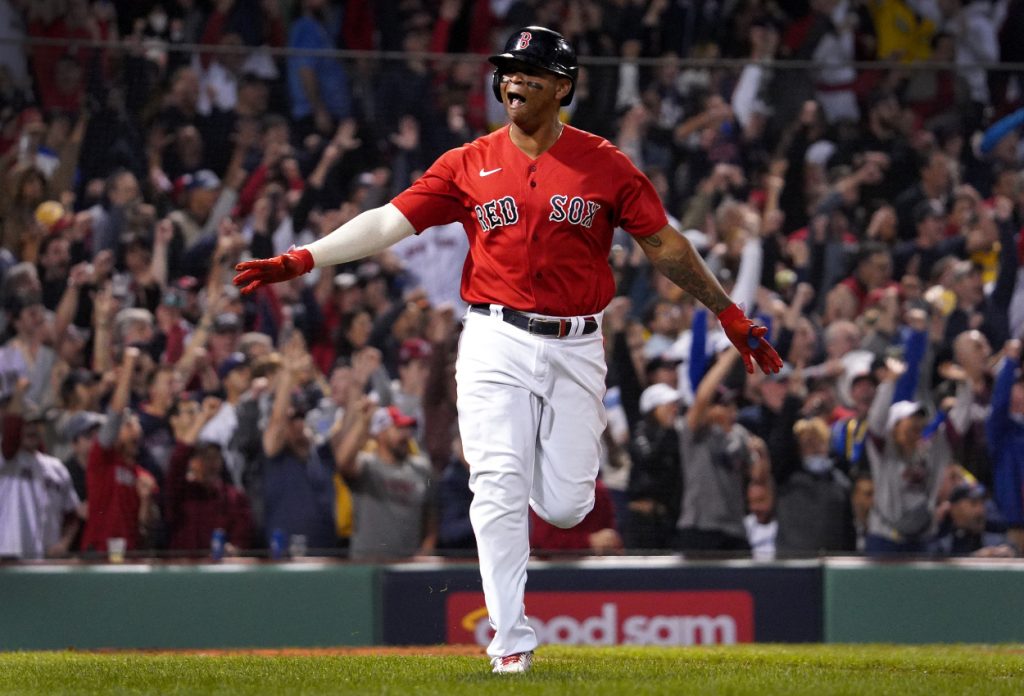 The Rays were supposed to beat the Red Sox and advance to the American League Championship Series and were on their way to doing so. They won the opener 5-0 and looked relaxed as they ate popcorn in the dugout during the shutout. Then, they ordered champagne to be delivered to Boston, expecting to clinch the series away from home.

Instead, the Sox used those antics as motivation and won the next three, eliminating Tampa and making its 100-win season a short memory.

“The first game, they’re over there eating popcorn, sitting on the field, chilling, talking,” said outfielder Alex Verdugo, according to Yahoo! Sports. “And then also, they’re telling the guys to get the champagne ready here and already ordering the stuff over. Just that little bit of disrespect like, ‘Wow, really? You guys think you’ve got it in the bag like that?’ It gave us extra fire.”

“Obviously coming into the series, losing Game 1, having a big Game 2 but hearing that these guys ordered their champagne, it’s like, ‘Really? You guys haven’t even come close to winning this. The series is tied. Anything can happen.’ It put a little fuel to the fire,” said Boston’s Kyle Schwarber.

While the Sox stunned the Rays on Monday, another miracle happened in the stands

Two home runs were hit so far in tonight's Rays-Red Sox game, and the same fan caught both

What happened in the stands Fenway Park was far crazier than the Sox ousting the Rays from the playoffs. During the game, two home runs were hit. Boston’s Rafael Devers connected on a three-run shot in the third inning, and Tampa’s Wander Franco hit a two-run homer in the sixth that cut Boston’s lead to 5-3.

The same fan caught both homers, and it appears it was much more than just luck.

Zack Hample, who has made a name for himself collecting baseballs obtained at Major League Baseball ballparks, was in the right place at the right time Monday night. It wasn’t just by chance. He specifically picked his seats, knowing there might be an opportunity for a home run — or two.

“Luck or skill?,” Hample wrote on Twitter after catching both baseballs. “Definitely both, but waaaay more luck tonight. I’ve never sat there at Fenway, but I picked those seats knowing the potential. I try to put myself in a good spot day after day knowing that things will eventually swing in my favor. Tonight was an extreme example.”

Okay, this is just getting silly. #ALDS pic.twitter.com/Ue1UapCNvV

When Alex Rodriguez smacked a home run, which was also his 3,000th career hit, Hample was in the right place at the right time. After debating whether or not to give the ball to Rodriguez, Hample finally gave up his prized ball, and the Yankees made a $150,000 donation to a charity of Hample’s choice.

In 2015, we caught up with Hample, who talked about catching that Rodriguez gem.

“I never thought there was a shred of a chance I would get this ball,” Hample said then. “I knew it was possible and I always wanted to have it for my collection, but there’s a lot I want to happen, like going back in time and becoming an MLB player. But getting the A-Rod ball seemed so far-fetched that I couldn’t take it seriously.”

He explained why he didn’t want to give it up.

“I just expressed that the ball was worth a lot more to me than anything they could probably offer,” he said. “As it turned out, I did give the ball to Alex and I worked with the Yankees. I wasn’t trying to pretend I wasn’t going to give them the ball so they would increase their offer.

“Owning the ball was more trouble than it was worth. I couldn’t sleep at night.”

RELATED: Pedro Martinez Has 1 Regret in Baseball and It Has Nothing to Do With Pitching

The post While the Boston Red Sox Shocked the Tampa Bay Rays, the Real Miracle Happened in the Stands appeared first on Sportscasting | Pure Sports.

Read More
Did you miss our previous article...
https://deals.delivery/sports/an-exnfl-pro-bowler-questions-patrick-mahomes-about-the-chiefs-playoff-chances-on-live-tv-passionately-blasts-their-defense-absolute-hot-garbage
redsoxtampabay