The Kansas City Chiefs are trying to become just the fourth franchise to go to three straight Super Bowls, joining the Miami Dolphins (1971-73),..

The Chiefs were dearly hoping to wait until next week to make their playoff debut, needing a Jacksonville-sized upset by the Houston Texans on Sunday against the Tennessee Titans to give Kansas City the first-round bye in the AFC Playoffs.

But the task was too tall for the Texans, and now the Chiefs find themselves on the schedule for Super Wild Card Weekend, with a date at home on Sunday night against the Pittsburgh Steelers. It’s a game the Chiefs should win handily, especially after beating the Steelers 36-10 two weeks ago.

It would probably take something crazy, like all the Chiefs’ key offensive players not named Patrick Mahomes being injured, to derail their Super Bowl dreams.

Wait … what was that about all the key players being injured? Chiefs head coach Andy Reid gave the first concrete update on Monday after several stars became walking wounded in Saturday’s win over the Denver Broncos.

Tyreek Hill (heel) looked like someone who should not be playing Saturday, but Reid is optimistic 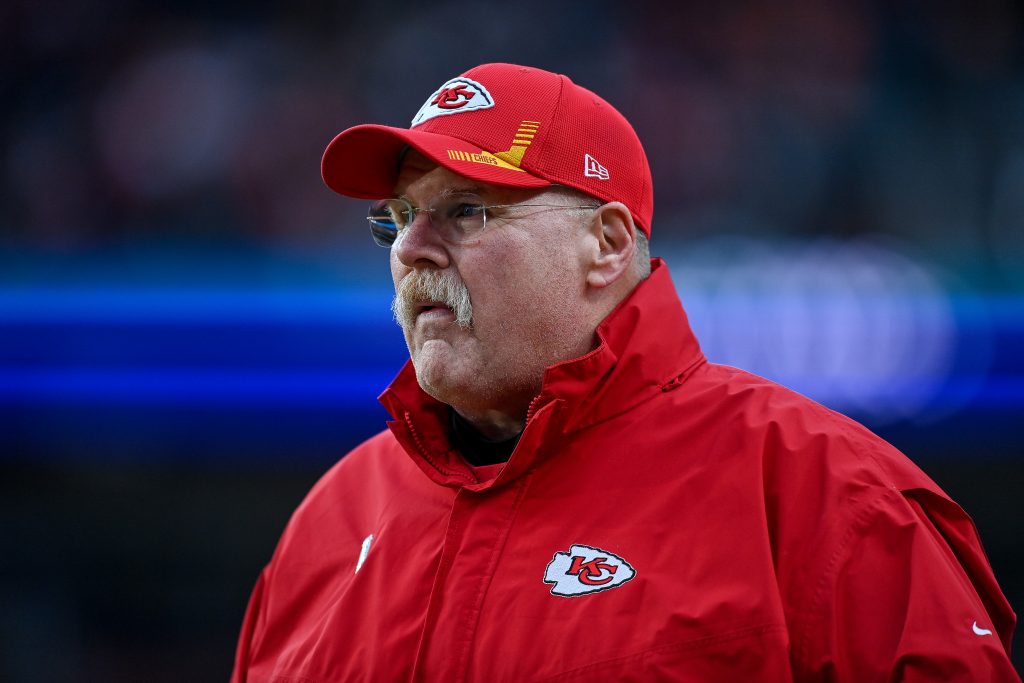 The injured player that had everyone buzzing on Saturday against the Broncos was wide receiver Tyreek Hill, who apparently injured his heel during pregame warmups and did not appear in the game until late in the first half. And when Hill finally did get in the game, he was noticeably limping all over the field, a sight that had everyone watching wondering why he was in the game at all, potentially risking a season-ending injury.

Hill played sporadically in the second half and appeared less affected by the game’s end, but the scare thrown into Chiefs fans everywhere was palpable.

On Monday, Reid expressed optimism that Hill would play this weekend, although he was not expected to even attempt to practice until Wednesday at the earliest.

“That heel was sore after the game, and it’s making a little progress the other way, so we’re anticipating he’s going to be OK to go,” Reid said in a press conference Monday. “He’s another one that he wants to play every snap he can.”

Williams and Edwards-Helaire round out the walking wounded

Tyreek Hill is clearly not at 100% after injuring his heel during pregame warmups. #ChiefsKingdom pic.twitter.com/nDzGct1sOl

Tight end Travis Kelce was seen limping off the field after making the game-clinching catch in the final two minutes in what was labeled a hip injury, but his name did not come up in injury discussion on Monday, so he is likely good to go on Sunday.

The same can not be said for the Chiefs’ top two running backs. Clyde Edwards-Helaire did not play on Saturday and Reid did sound particularly confident the second-year back is going to be ready in time for Sunday’s game.

“Really the only injury is Clyde, and he’s making great progress,” Reid said. “I think we’ll be able to get a little work out of him this week. We’ll see how the next couple days go. He’s got a great attitude and wants to be in and be out there.”

In other words, the heart and mind are ready, but the shoulder isn’t.

Darrell Williams played well in Edwards-Helaire’s absence in the first half Saturday before he left with a toe injury. His status seems closer to returning to start against the Steelers.

“Yeah, Darrel’s toe was sore,” Reid said. “It’s still a little tender, but he’s working through that. We’ll just see how he does this week, but I anticipate him going.”

Is facing a Steelers team the Chiefs beat by 26 points two weeks ago the perfect cure?

What’s the latest on the #chiefs Tyreek Hill (heel), Darrel Williams (toe) and Clyde Edwards-Helaire (shoulder) as KC preps for the #steelers on Sunday day night. My report on NFL NOW on @nflnetwork pic.twitter.com/WKyGrE9d3v

Even with the key pieces off the offense banged up, and with offensive lineman Lucas Niang already out with a torn patellar tendon in Week 17 against the Cincinnati Bengals, the Chiefs could be ripe for an upset.

But this is a Steelers team that the Chiefs beat up at Arrowhead 36-10 in Week 16, and the Steelers have their own injury issues, especially rookie running back Najee Harris, who is nursing an injured elbow.

The post As the NFL Playoffs Begin, the Chiefs are Limping Into Super Wild Card Weekend appeared first on Sportscasting | Pure Sports.

Read More
Did you miss our previous article...
https://deals.delivery/sports/baker-mayfield-and-the-browns-are-playing-a-risky-and-dangerous-game-in-2022
nflplayoffskansascity