Robert Parish is a player other than Larry Bird.

Boston Celtics legend and NBA Hall of Famer Larry Bird was one of the defining players of an entire era of basketball. Yet, he wasn’t the guy who..

Boston Celtics legend and NBA Hall of Famer Larry Bird was one of the defining players of an entire era of basketball. Yet, he wasn’t the guy who held the 1980s Celtics together, according to former teammate Robert Parish.

The Chief acknowledged Bird as the centerpiece and a crucial leader for those Celtics team. However, he lauded Hall of Fame point guard Dennis Johnson as the guy who fostered cohesiveness and camaraderie in the locker room.

The Boston Celtics established one of the greatest dynasties in NBA history during the 1960s and won two more titles in the 1970s. But things began to look bleak heading into the 1980s.

After winning the title in 1976, the Celtics lost 10 more games the following season. They subsequently missed the playoffs in the next two seasons, winning 29 games during the 1978-79 season. However, Boston’s fortunes were about to change.

The Celtics nabbed the No. 2 overall pick in the 1979 NBA Draft, selecting Larry Bird out of Indiana State. Bird immediately transformed the franchise, winning the NBA Rookie of the Year Award and helping to lead Boston to the Eastern Conference Finals.

Despite his singular brilliance, Bird was hardly alone in revitalizing the Celtics. Red Auerbach‘s ingenious move to trade the No. 1 and No. 13 pick in the 1980 NBA Draft netted the C’s veteran center Robert Parish and the No. 3 overall selection. Boston used that pick on Kevin McHale, who ultimately became one of the best power forwards in league history.

That move gave Bird the supporting cast he needed. The Celtics won the NBA title in 1981, seemingly establishing themselves as the most formidable team in the Eastern Conference.

Yet, the dynasty ground to a halt practically as soon as it began. Boston had early playoff exits in each of the next two seasons, despite the continued excellence of Bird and the emergence of Parish and McHale as All-Stars.

The Celtics needed more reinforcements. They would get in the form of a four-time All-Star, whom Parish labeled the essential player in getting things to click.

Auerbach again found a way to pull a rabbit out of the hat when Boston needed it most.

The Celtics traded Rick Robey and a slew of draft assets to the Phoenix Suns in exchange for point guard Dennis Johnson in summer 1983. The move gave the C’s a combo guard capable of slashing and defending at a high level. It also gave Boston a consummate professional and leader in the locker room.

Robert Parish emphasized the importance of Johnson’s arrival during a recent interview on CLNS Media Network. He even suggested DJ had the most substantial influence on the team’s togetherness.

“Whatever negativity that was going on in the locker room, DJ was always the one to smooth it out… Larry [Bird] was the heartbeat. DJ was the soul of the team.”

The Celtics got back on track during the 1983-84 season. Boston won 62 games and endured multiple seven-game series’ in the playoffs en route to an NBA title. That championship kickstarted an impeccable run of dominance in the East.

The C’s fell short in the 1985 NBA Finals, falling to Magic Johnson and the Los Angeles Lakers. But they immediately recovered, going 67-15 during the 1985-86 season and recapturing the NBA crown. That team is still regarded by many as one of the best in league history.

Although Boston again lost to the Lakers in 1987 and eventually ceded the Eastern Conference to the Bad Boy Detroit Pistons, those 1980s Celtics teams were undeniably some of the best of the era. Parish thinks Johnson deserves even more praise for the role he played. 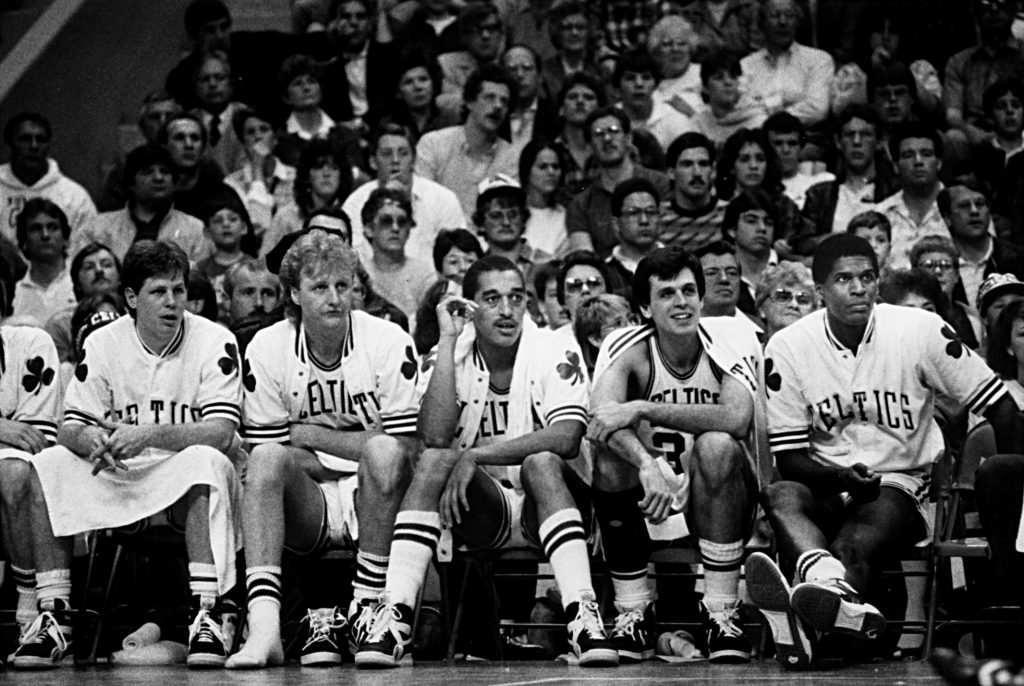 Larry Bird carved out a place as one of the best players in Boston Celtics history and established a legacy that still resonates with basketball fans today. Dennis Johnson‘s legacy might not be as profound, but it’s every bit as crucial.

Johnson gave the Celtics a stingy presence in the backcourt. He made four All-Defensive teams in Boston, consistently proving himself one of the best on-ball defenders in the sport. The 1979 Finals MVP was also a capable assist man and rebounder, and he provided some scoring as a slasher who could move without the ball and finish around the rim.

Johnson was posthumously elected to the Naismith Memorial Basketball Hall of Fame in 2010 after tragically dying of a heart attack in 2007. Although DJ is gone, his memory will endure in the hearts and minds of former teammates and Celtics fans everywhere.

RELATED: Robert Parish Explains Why He Believes Larry Bird Was the ‘Ideal Leader’ of the Boston Celtics

The post Robert Parish Named a Player Other Than Larry Bird as the Glue of the 1980s Celtics: ‘Larry Was the Heartbeat, DJ Was the Soul’ appeared first on Sportscasting | Pure Sports.

By: Martin Fenn
Title: Robert Parish Named a Player Other Than Larry Bird as the Glue of the 1980s Celtics: ‘Larry Was the Heartbeat, DJ Was the Soul’
Sourced From: www.sportscasting.com/robert-parish-named-played-other-than-larry-bird-glue-celtics/
Published Date: Tue, 21 Sep 2021 19:08:31 +0000

Read More
Did you miss our previous article...
https://deals.delivery/sports/if-sam-darnold-keeps-his-trending-in-the-right-direction-he-could-cause-collateral-damage-for-the-carolina-panthers
bostoncelticspuresports