Mark Cuban‘s Twitter is often a transparent forum, whether he’s speaking about business or basketball. It can also be a revelatory space. Cuban..

Mark Cuban‘s Twitter is often a transparent forum, whether he’s speaking about business or basketball. It can also be a revelatory space. Cuban revealed Tuesday that the Dallas Mavericks came within mere moments of landing Paul Pierce in a three-team trade, a deal that would have completely altered the course of NBA history.

NEW: Sorry? “For what?” Paul Pierce told @SInow. As he prepares to enter the Hall of Fame, Pierce opens up about his exit from ESPN. And reflects on a decorated—and unpredictable—19-year NBA career https://t.co/CYqR5MNAz4

Paul Pierce enjoyed a legendary career in a Boston Celtics uniform, but there was a time when he believed he simply couldn’t win in Beantown.

Pierce told Chris Mannix of Sports Illustrated he was desperate to go to a winner in 2007, right after the C’s had won just 24 games. In his mind, there was just about nothing Boston could do to convince him to stay.

“I’m in my prime, and I’m watching all these other guys in the playoffs,” Pierce told Mannix. “It was depressing. I thought I was out of there. I thought it was over.”

That spring, the All-Star swingman ran into Mark Cuban in Las Vegas and tried to plead his case as the missing link to Dallas’ championship chain. He felt teaming with Dirk Nowitzki could bring the Mavs a championship. But former Celtics general manager Danny Ainge had other ideas.

Ainge famously orchestrated a pair of deals to bring Kevin Garnett and Ray Allen to Boston, giving Celtics a new holy triumvirate. The rest is history. Pierce and the Celtics won a championship in 2007-08 and made it back to the NBA Finals in 2010, though they never again hosted the Larry O’Brien Trophy.

Interestingly enough, Cuban and the Mavs still wanted to acquire Pierce despite missing their opportunity in 2007.

It gets better. We had a deal done. We had a 3 way trade done. All teams agreed to their part of the deal. When we get on the trade call, the 3rd team killed the deal because they didnt know that a first was going to the Celtics. They chose not to do the deal at all.

Mark Cuban felt obligated to chime in on Pierce’s purported desire to play for the Mavericks.

Cuban revealed on Twitter that Dallas actually had a three-team trade in which it would have acquired Pierce from the Celtics. The deal was “done,” according to Cuban, at least until the third team involved pulled out because they didn’t know they would have to send a first-round pick to the Celtics.

Initially, respondents were confused by Cuban’s revelation. The graphic in the tweet he responded to showed Jason Kidd in addition to Pierce and Dirk, but Kidd did not join the Mavs until just before the 2007-08 trade deadline. Cuban clarified, saying the alleged deal occurred after 2008.

In response to the comments. This was after 2008.

So, if the said deal was after 2008, when might it have taken place?

As previously mentioned, the Celtics made another run to the Finals in 2010. Not to mention, the Mavericks won the NBA championship in 2011. Thus, these events likely transpired at the turn of the decade.

When putting together all the pieces, it’s possible Cuban and the Mavs concocted the hypothetical Pierce-to-Dallas framework sometime after the 2011-2012 season. That means, if the Mavs completed the deal, the Brooklyn Nets might have been prevented from making the most disastrous trade in franchise history. 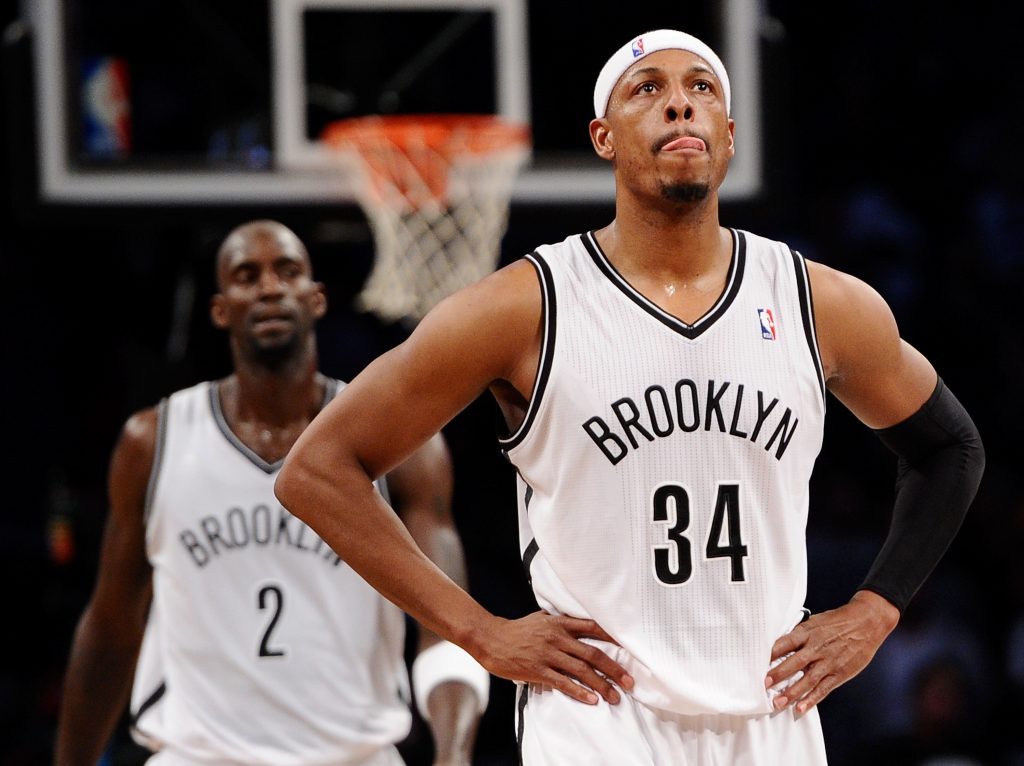 Paul Pierce ultimately did leave the Celtics as Boston began to rebuild in earnest. He was included in one of the worst trades in the history of the Brooklyn Nets franchise.

The Nets acquired Pierce, Kevin Garnett, and Jason Terry from the Celtics in the summer of 2013 for a massive swath of draft capital. It was already a questionable move, considering both KG and The Truth were over the hill. In hindsight, the move proved downright atrocious.

Brooklyn disappointed with Pierce and Garnett, and Boston essentially turned the 2016 and 2018 first-round picks acquired in the deal into Jaylen Brown and Jayson Tatum. Those two have blossomed into superstars, while it took the Nets time to build back up before assembling the monstrous “Big Three” they currently boast.

Then again, the deal likely never would have happened if Mark Cuban and the Mavs got their wish.

RELATED: Kobe Bryant Found the Strength to Send a Subtle Jab at Paul Pierce After Tearing His Achilles

The post Mark Cuban Claims the Dallas Mavericks Nearly Finalized a Trade That Also Would Have Prevented the Most Disastrous Deal in Brooklyn Nets History appeared first on Sportscasting | Pure Sports.