The Los Angeles Lakers are worth a whopping $4.6 billion as of 2021, making them the seventh-richest franchise in all of sports. That massive figure..

The Los Angeles Lakers are worth a whopping $4.6 billion as of 2021, making them the seventh-richest franchise in all of sports. That massive figure had companies from all over the world clamoring to be named the Lakers‘ next jersey patch sponsor, and a surprising name just shelled out $100 million for the 2.5 square inches of real estate. 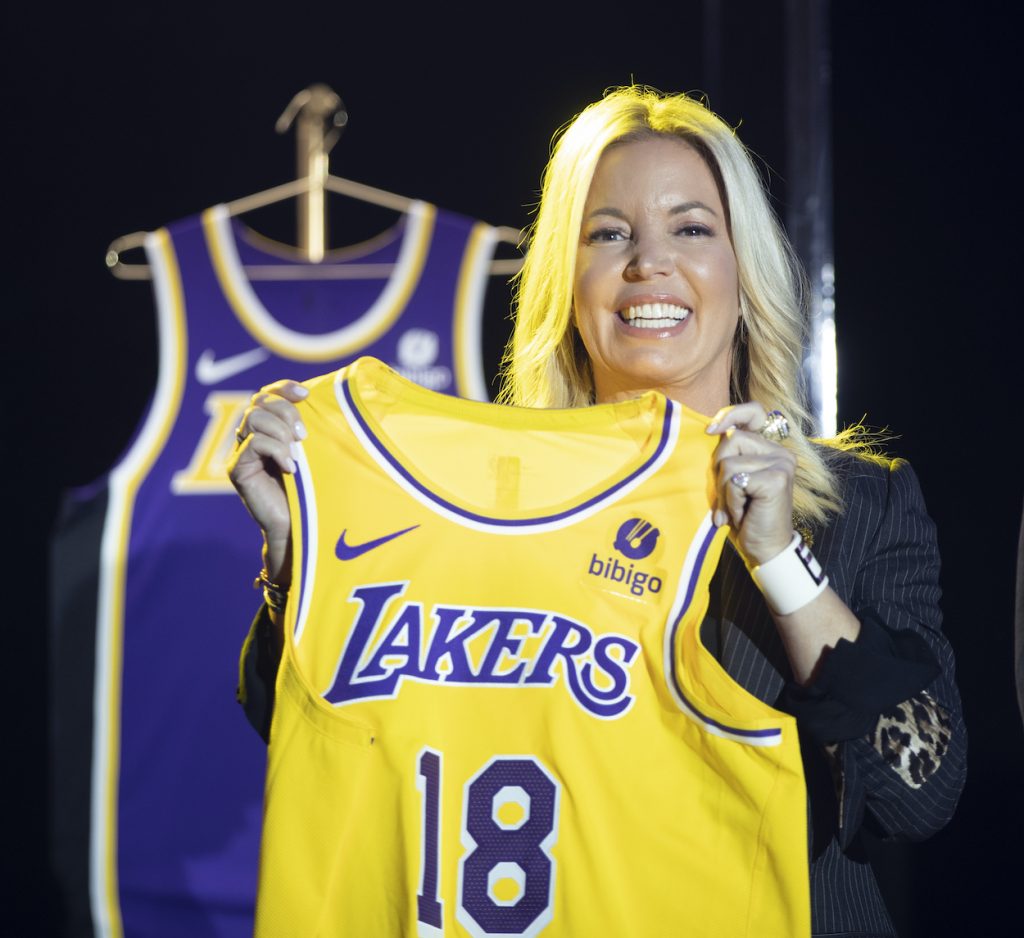 Ahead of the 2017-18 NBA season, the NBA put into action its patch program that allowed NBA teams to rent out a small square (2.5 inches by 2.5 inches) on the left shoulder of their jerseys to outside companies. The Lakers decided to partner with Wish, an e-commerce company based in San Francisco, in the first year of the program in a deal worth $12-14 million annually.

That partnership ended after the 2020-21 season came to a close, and the Lakers have already found their new sponsor.

On Monday, the franchise officially announced its new marketing partnership with Bibigo, a popular South Korean food company. The five-year jersey patch deal is worth $100 million, according to Bill Shaikin of the Los Angeles Times.

“The Lakers are the No. 1 team in sports,” Wookho Kyeong, chief marketing officer of CJ CheilJedang, the parent company of Bibigo, said in a statement to the Times. “The Lakers are more than just a basketball team. The Lakers, globally, are a cultural icon, especially for young people.”

Bibigo will now be present on the Lakers’ jerseys for the next five seasons.

According to The Athletic, NBA jersey patch deals are worth an average of $7 million to $10 million annually. The Lakers had one of the more lucrative partnerships in the league with their $12 million to $14 million annual deal with Wish, but they’re taking it to the next level with their new sponsor.

“I’ve said this before, and I’ll say it now, it takes a special brand to stand with the Lakers and put their name on our uniform. Bibigo is that,” Lakers president of basketball operations Tim Harris said in a statement on the team’s official website. “We are both brands rooted in tradition. We both regard family with the utmost esteem. And we both understand that it’s the intricate details that deliver an unparalleled product.”

Bibigo can earn much more than $100 million

The Lakers introduce their first global sponsorship with Bibigo. pic.twitter.com/iE91W8cngb

Bibigo’s deal with the Lakers might be worth $100 million over five years, but the South Korean company can earn much more than that over the next few seasons. Wish reportedly received $199 million in sponsor media value from its jersey patch during the 2019-20 season alone.

Bibigo, which is paying the Lakers $6 million to $8 million more per season than Wish did, should enjoy a lucrative few years as partners with one of the most valuable franchises in sports.

Read More
Did you miss our previous article...
https://deals.delivery/sports/aaron-rodgers-destroys-media-people-saying-that-he-doesnt-care-about-football-due-to-his-zen-offseason-its-absolute-horses-to-give-a-platform-for-people-who-dont-know-what-theyre-talking-about
theteamnbahistory