Jerry West Close to a Success in Preventing Showtime, and Forever Changing The Future of Los Angeles Lakers

Few players to ever wear the Purple and Gold scream “Los Angeles Lakers” like Magic Johnson. The flamboyant point guard was the heartbeat of Showtime,..

Few players to ever wear the Purple and Gold scream “Los Angeles Lakers” like Magic Johnson. The flamboyant point guard was the heartbeat of Showtime, an era that defined the Lakers for over a decade.

In hindsight, it seems LA wouldn’t have had to think twice about drafting Magic in 1979. But Jerry West, another Lakers legend, was strongly advising his beloved team to go a much different route.

The Los Angeles Lakers held the first pick in 1979

Some land a generational talent by being bad, while some land one with pure luck. In 1979, the Lakers were in the latter group.

LA went 47-35 in 1978-79, making the postseason for the third straight year. However, a first-round pick belonging to the 26-56 New Orleans Jazz was in its possession. That’s because three years prior, the Jazz signed a 33-year-old Gail Goodrich, a former All-Star and champion with the Lakers.

Back then, league rules forced New Orleans to give LA players, draft picks, or money in exchange for Goodrich. The Jazz got their man, inking Stumpy to a three-year deal. But they wound up parting with first-round picks in 1977, 1978, and 1979, along with a second-round pick in 1980.

With the Jazz’s pick in hand, the Lakers were on the cusp of winning the first overall pick. The only thing that stood in their way was a coin flip with the Chicago Bulls, who owned the worst record in the West at 31-51. But on April 19, 1979, Bulls general manager Rod Thorn called heads. LA won the flip, putting itself in the driver’s seat to land the generational point guard from Michigan State. 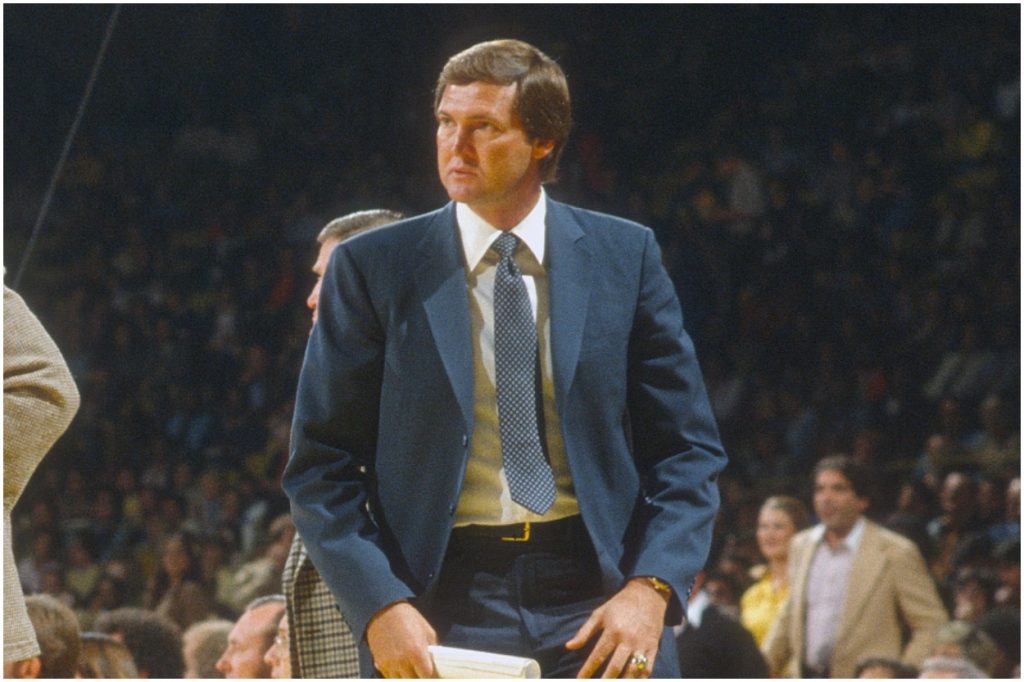 On the surface, everything seemed turnkey in Hollywood. LA won the coin flip, Magic was the top prospect, LA drafts Magic, the end. But behind the scenes, The Logo had his doubts about the confident kid from Lansing, Michigan.

Shortly after a 14-year Hall of Fame career with the Lakers, West became the team’s head coach. He manned the bench for three seasons but left after the 1978-79 campaign. However, Mr. Clutch remained with the organization to serve as a special consultant in the front office. This of course meant having a say in basketball decisions, including the draft.

As told in Jeff Pearlman’s book Showtime: Magic, Kareem, Riley, and the Los Angeles Lakers Dynasty of the 1980s, West expressed skepticism to owner Jack Kent Cooke about a 6-foot-9 point guard playing in a fast-paced NBA. As an alternative, the legendary consultant suggested another name: Arkansas forward Sidney Moncrief.

“West wanted Moncrief, and he made it very clear to Jack Kent Cooke. There was strong belief, for a brief time at least, that Moncrief, not Magic, would wind up a Laker.”

Standing at 6-foot-3, Moncrief was the more traditional guard. The Squid averaged 22.0 points and 9.6 rebounds his senior year at Arkansas, earning Southwest Conference Player of the Year honors.

West was someone the organization held in high regard, so his lobbying on Moncrief’s behalf wasn’t taken lightly. But Cooke was an owner who valued showmanship and pizazz (as was the incoming owner Jerry Buss). So the opportunity to draft the 19-year-old Magic was too good to pass up.

Johnson delivered more to the Lakers than anyone, especially West, could have expected. Magic was the face of LA’s new fast-paced, high-energy style from the jump, resulting in a title his rookie season. The All-Star then led the Purple and Gold to four more titles while going on to win three MVPs and three Finals MVPs.

While he was no Magic, Moncrief was hardly a slouch. Sid wound up sliding to the Milwaukee Bucks at fifth overall, where he would become a franchise icon for the next decade. Moncrief’s 11-year career ended with five All-Star teams, five All-NBA selections, and two Defensive Player of the Year awards. In 2019, he joined Johnson and other NBA legends in the Basketball Hall of Fame.

Still, with his number four retired by the Bucks, Moncrief wonders what life would have been like if he was the one in LA instead of Magic.

“If you ask me what would have happened had the Lakers taken me, I’ll be completely honest,” Moncrief told Sports Illustrated. “Maybe we win a championship, but there’s no way the Lakers do with me what they did with Magic. That team needed one guy to get everyone to play together, and he was it. There’s a reason Magic Johnson goes down as one of the great players. He could do everything.”

Jerry West is one of the best talent evaluators the game has ever seen. But in the case of Magic versus Moncrief, Mr. Clutch was off the mark.

All statistics courtesy of Basketball Reference.

Read More
Did you miss our previous article...
https://deals.delivery/sports/matthew-stafford-can-help-the-rams-secure-their-super-bowl-hopes-by-pushing-for-a-risky-6-million-trade
losangeleslosangeleslakers