The Las Vegas Raiders had a week like no other in the history of the NFL. The Jon Gruden scandal engulfed their franchise and briefly made football..

The Las Vegas Raiders had a week like no other in the history of the NFL. The Jon Gruden scandal engulfed their franchise and briefly made football an unimportant afterthought. The team then had to refocus for a crucial division showdown with the Denver Broncos. Before the game, Raiders great Howie Long sent a powerful message to the team and its fans, and then the players went out and delivered for their “Raider family.”

The Jon Gruden scandal was an unprecedented distraction

Jon Gruden resigns as head coach of the Raiders. pic.twitter.com/Npnoqd8YQD

In Week 5, the Las Vegas Raiders played with a cloud over their head following the revelations that their head coach, Jon Gruden, sent an email in 2011 using a racist trope to describe NFLPA head DeMaurice Smith. The team played poorly and lost to the Chicago Bears 20-6.

Following that game, a trove of emails came out showing a pattern of Gruden using racist, misogynistic, and homophobic language in emails dating from 2011 to at least 2018. During Monday Night Football, a show Gruden co-hosted for nine seasons, news came out that the Super Bowl winner stepped down as head coach of the Raiders.

It was one of the fastest downfalls in sports history and, from a football perspective, left Las Vegas in an unprecedented situation.

Special teams coordinator Rich Bisaccia became interim head coach, and the team rallied around each other to prepare for their all-important Week 6 divisional rivalry game against the Denver Broncos.

The entire saga gripped the NFL, and seemingly everyone had a reaction.

Pundits universally condemned Gruden’s words and sentiments. However, the internal reaction from the Raiders was more nuanced.

The people who’ve had a personal relationship with the coach over the years didn’t endorse anything he said but did express care for the man. Tight end Darren Waller said he understood the impulse to “cancel” Gruden but said, “I want to offer grace and allow [Gruden] to learn from what they may have done,” per The Athletic.

Quarterback David Carr summed up his feelings by saying, “I love the man, I hate the sin.”

All around, it was a complicated and challenging week for everyone in Raider Nation. 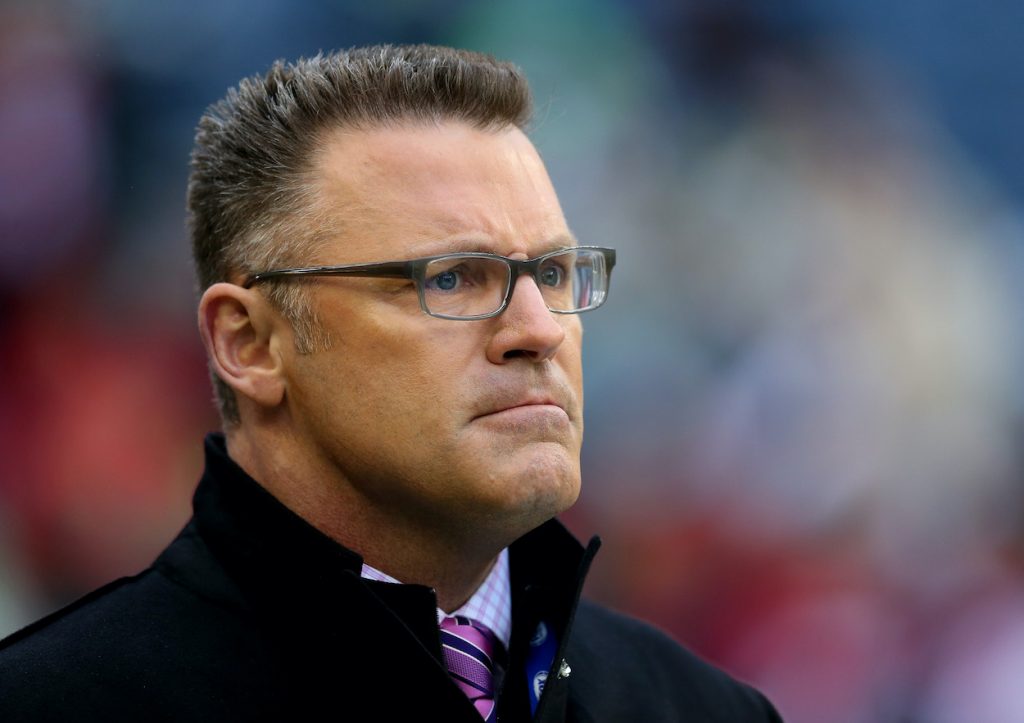 One of the most high-profile members of Raider Nation is FOX NFL Sunday host Howie Long. The defensive end played 13 years for the organization. He made eight Pro Bowls and two All-Pro teams as an Oakland/Los Angeles Raider and won a Super Bowl in 1983.

Long also sacked the quarterback 91.5 times for the Raiders and made the Hall of Fame because of that.

Now, as a prominent Sunday pregame show co-host, Long delivered a powerful message to his ‘Raider family’ ahead of Sunday’s game. He started by talking about the situation and what it means for the only NFL organization he ever played for:

It was a brutal week for the Raider family. Disgusting, hateful, disappointing, choose any word you like to describe Jon Gruden’s emails, and you wouldn’t be wrong. His actions hurt not only a number of people, but he left a football team scrambling to salvage their season. Having been drafted there and playing there for 13 years, I’ve always known the Raiders to stand for diversity, inclusion, and progress — all those things evidenced by people like Tom Flores, Art Shell, Amy Trask, and Carl Nassib — things that I believe the organization to this day still believes in and that starts with [owner] Mark Davis. And I believe that.

Long continued by discussing what the situation means for the current Raiders who were about to take the field in Denver:

But for right now, the task for [GM] Mike Mayock and Rich Bisaccia and the players in that locker room — and yes, Mark Davis — is to move on from the toxic mess that Jon Gruden left behind and rally around one another.

Howie Long on the Raiders

It was a perfect summation of the extraordinarily difficult week that was for Raider Nation. After the monologue, the only thing left was to see how the Raiders responded on the field.

The Las Vegas Raiders went out and torched the Denver Broncos

The game was deadlocked at seven midway through the first quarter when the Raiders went on a 24-3 run to put their opponents away.

Carr, the team’s offensive leader, had a phenomenal day. He was 18-of-27 for 341 yards with two touchdowns and no interceptions. The Raiders D sacked Teddy Bridgewater five times on the other side of the ball. They also picked him off three times, and recovered a Denver fumble.

The Broncos got two garbage-time scores to get the game within 10 late, but it was never truly that close.

Like Long surely hoped in the hour leading up to the game, the Raiders showed that resiliency and delivered a feel-good win for the “Raider family.”

Whether that win was the product of pure adrenaline from a wild week or a building block to reclaiming their playoff hopes remains to be seen. The answer will start to become clearer when the team hosts the Philadelphia Eagles in Week 7.

The post Raiders Legend Howie Long Sends a Powerful Message to His ‘Raider Family’ After the Jon Gruden Scandal and Before the Team Steamrolled the Broncos appeared first on Sportscasting | Pure Sports.

By: Tim Crean
Title: Raiders Legend Howie Long Sends a Powerful Message to His ‘Raider Family’ After the Jon Gruden Scandal and Before the Team Steamrolled the Broncos
Sourced From: www.sportscasting.com/howie-long-sends-powerful-message-raider-family-after-jon-gruden-scandal-before-team-steamrolled-broncos/
Published Date: Mon, 18 Oct 2021 21:58:01 +0000

Read More
Did you miss our previous article...
https://deals.delivery/sports/miami-heat-xfactor-tyler-herro
raidernationhalloffamer