Chris Paul is recognized as one of the best leaders in the NBA. He’s been in the league for a long time and has had a profound effect on the careers..

Chris Paul is recognized as one of the best leaders in the NBA. He’s been in the league for a long time and has had a profound effect on the careers of the younger players he’s competed with or against. The Phoenix Suns guard revealed that he and teammate DeAndre Ayton got into it on several occasions early in the 2020 season. 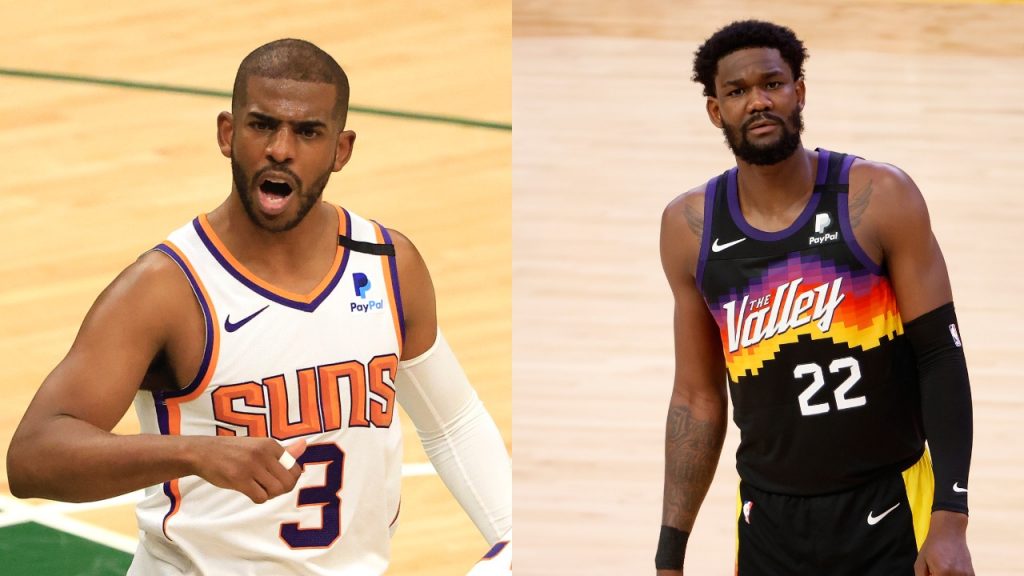 Paul joined the Phoenix Suns in the 2020 NBA offseason after spending the 2019 season with the Oklahoma City Thunder. Paul’s leadership helped the Thunder overachieve and finish fifth in the crowded Western Conference. Oklahoma City also pushed the Houston Rockets to a seven-game series in the first round of the playoffs.

As much as is made about CP3’s antics on the floor, he makes the players around him better. Before he arrived in Phoenix, the Suns weren’t a championship-contending team. They started to open some eyes after going undefeated in the bubble to close out their 2020 campaign.

As with joining any new organization, Paul had to develop chemistry with the players and coaches. On fubo Sports‘ No Chill Podcast with Gilbert Arenas, he told a story that summed up his relationship with Suns center DeAndre Ayton early on in the season.

“It ain’t always easy,” said Paul of building chemistry with a new team. The 16-year veteran told Arenas and co-host, Josiah Johnson, that he and the big man got into with each other on multiple occasions early in the season.

“I’m hard on him, and I ain’t no loser,” he added. The Wake Forest product has enjoyed a Hall of Fame-worthy career and knows the game better than most. He challenged Ayton to be great because he knew his potential.

The Phoenix Suns drafted DeAndre Ayton with the No. 1 overall pick in the 2018 NBA Draft out of Arizona. He’s averaged 16 points, 10.6 rebounds, and 1.2 blocks through three seasons.

There’s a great deal of pressure that’s associated with being the No. 1 overall pick. Ayton wasn’t exactly living up to the lofty goals that were before him. However, he’s improved his game year after year. With Paul in the fold, it appears he’s taken his game to another level.

The Nassau, Bahamas native stepped up in a major way for Phoenix during its playoff run. He averaged 15.8 points, 11.8 rebounds, and 1.1 blocks in the postseason. He shot 65.8% from the field as well. Ayton provided some memorable moments, including a posterizing jam on Michael Porter Jr. and a game-winner against the Los Angeles Clippers in the Western Conference Finals.

It’s unclear if Ayton has another gear to tap into, but it’s clear that he’s coming into his own. He can thank CP3 for relentlessly pushing him to get better.

Chris Paul’s experience was invaluable to a young Suns team. He helped lead a team that missed the playoffs in 2020 to the NBA Finals in 2021. It was the team’s first Finals appearance since 1993.

He became a free agent after the season. He had other suitors but ultimately opted to return to Phoenix for the 2021 season. On the No Chill Podcast, the 11-time All-Star discussed what influenced his decision to run it back with the Suns.

“I loved being in Phoenix this past year, and it being close to home was also ideal for me,” said Paul. In Phoenix, he had the opportunity to reconnect with Monty Williams, who coached the point guard for one season with the New Orleans Hornets. He also has a great relationship with Suns general manager and former NBA veteran James Jones.

The young core was a strong selling point too. Devin Booker is on the verge of superstardom, and he proved that in the playoffs. DeAndre Ayton appears to be more confident heading into his fourth season in the league. Mikail Bridges is developing into one of the better young two-way players. Paul is also a huge fan of what Jae Crowder brings to the table.

The Suns came so close to winning an NBA championship. CP3 got so close that he could taste it. “It definitely drives me to win a championship,” said Paul, who’s never won an NBA title.

Chris Paul is hungry for that elusive NBA championship. He hopes to get the Phoenix Suns over the hump in 2021.

RELATED: Chris Paul Thinks Kobe Bryant’s Underrated Skill Would Have Been on Full Display Had His Trade to the Lakers Not Been Vetoed: ‘It’s Another Dimension to His Game’

The post Chris Paul and DeAndre Ayton Involved in Heated Exchanges During the Season Before the Phoenix Suns’ Run to the NBA Finals appeared first on Sportscasting | Pure Sports.

By: Brandon Austin
Title: Chris Paul and DeAndre Ayton Involved in Heated Exchanges During the Season Before the Phoenix Suns’ Run to the NBA Finals
Sourced From: www.sportscasting.com/chris-paul-deandre-ayton-involved-heated-exchanges-during-season-before-phoenix-suns-run-nba-finals/
Published Date: Wed, 01 Sep 2021 17:44:35 +0000