It wasn’t the easiest of journeys, but first-round rookie quarterback Justin Fields is finally getting his opportunity to take control of the Chicago ..

It wasn’t the easiest of journeys, but first-round rookie quarterback Justin Fields is finally getting his opportunity to take control of the Chicago Bears‘ first-team offense.

Despite Chicago trading up for Fields during the 2021 NFL Draft, Matt Nagy and the Bears have shown a general reluctance to hand their rookie the keys to the kingdom. Chicago signed veteran QB Andy Dalton to a one-year contract before drafting Fields, and thus far, they’ve been committed to Dalton as their starting QB.

However, following a knee injury that Dalton suffered in Week 2 against the Cincinnati Bengals, it is officially Fields time in Chi-Town. 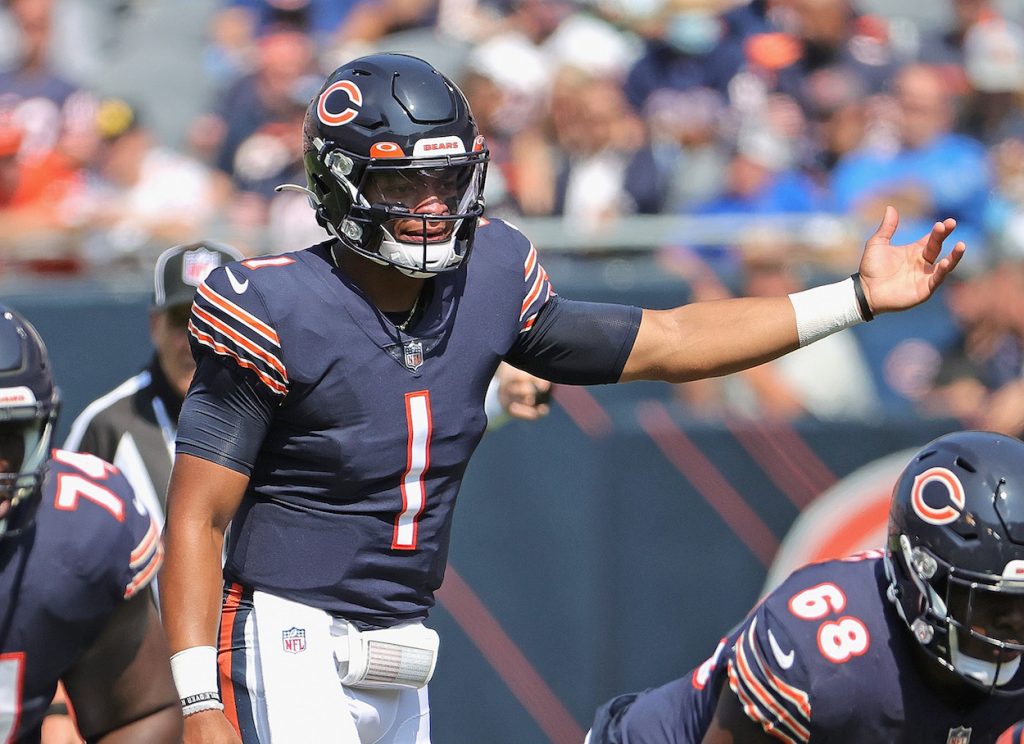 Most NFL fans have been chomping at the bits for Fields to take over under center for Chicago. However, his first extended period as the team’s starting QB was a tad bumpy.

The former Ohio State superstar went 6-for-13, passing for 60 yards and an interception. Fields also fumbled, although he did manage to recover it.

It wasn’t all bad for Fields during his proper NFL debut. He picked up 31 yards with his legs on 10 attempts, and the Bears ultimately won the game. Granted, the Bengals aren’t the most formidable of opponents. However, it’s still impressive for a rookie to step in halfway through a game and guide his team to victory. The general expectation is that Fields will look better given a full week of practice preparing as the starter.

While the Bears would love to tell you that they were the ones to first pick up on Fields’ elite potential, the truth of the matter is that he’s been viewed as an NFL-caliber arm for quite some time now. In fact, one NFL player, in particular, was hyping up Fields dating all the way back to high school.

Years ago, Cam Newton told us Justin Fields would be great. Now he's starting in the NFL

Cam Newton — who is currently in the market for a starting QB gig himself — was on the Justin Fields hype train long before the rest of us.

In what appears to be a recruiting camp for scholarship-seeking high school athletes, Newton can be seen calling Fields the “best player in high school football.” Newton further adds that Fields is the top player any recruiting program can target. Seeing as Fields started games for Ohio State and became a first-round pick, it’s hard to argue with such logic.

Fields racked up 5,000-plus passing yards and 63 passing touchdowns during his two seasons at Ohio State. The potential that Newton saw in him as a high schooler didn’t take long to shine through in the slightest.

Will the Bears commit to a permanent change at QB?

Coach Nagy has announced that Justin Fields will be our starting QB against the Browns.

While Fields is set to be the Bears’ starter moving forward, Nagy has remained consistent that Dalton will return to the role upon getting healthy. While this is a standard response from a head coach who loses his starter to injury, one must wonder how committed the Bears are to said logic.

If Fields plays well, why would Chicago bench him in favor of Dalton later in the year? After all, Fields is the one who is supposed to be the franchise arm.

Such a decision ultimately rests on Fields’ ability to perform or not perform. However, common sense suggests that Fields should remain QB1 if he at least looks serviceable as the Bears’ starter.

RELATED: Matt Nagy Shares a Baffling Update on the Chicago Bears’ QB Situation Which Only Casts Further Doubt on Justin Fields Being Named the Full-Time Starter

Read More
Did you miss our previous article...
https://deals.delivery/sports/shaquille-oneal-once-called-a-timeout-at-the-free-throw-line-because-he-saw-halle-berry-my-heart-started-fluttering
highschoolcamnewton