As the Drama of Ben Simmons and Kyrie Irving rages on, one Familiar Team Smells Blood in the Water

Ben Simmons appears to be returning to the Philadelphia 76ers. Kyrie Irving remains with the Brooklyn Nets (for now) but has been sent home for the..

Ben Simmons appears to be returning to the Philadelphia 76ers. Kyrie Irving remains with the Brooklyn Nets (for now) but has been sent home for the time being. While the sports world focuses on Simmons and Irving’s drama, the defending NBA Champion Milwaukee Bucks are getting lost in the shuffle.

Giannis Antetokounmpo, Khris Middleton, and Jrue Holiday led the franchise to its first title in 50 years last season. All three return in 2021-22.

But somehow, the Bucks are currently flying under the radar. Although, perhaps that’s the way they like it.

The Milwaukee Bucks are still the defending NBA champions 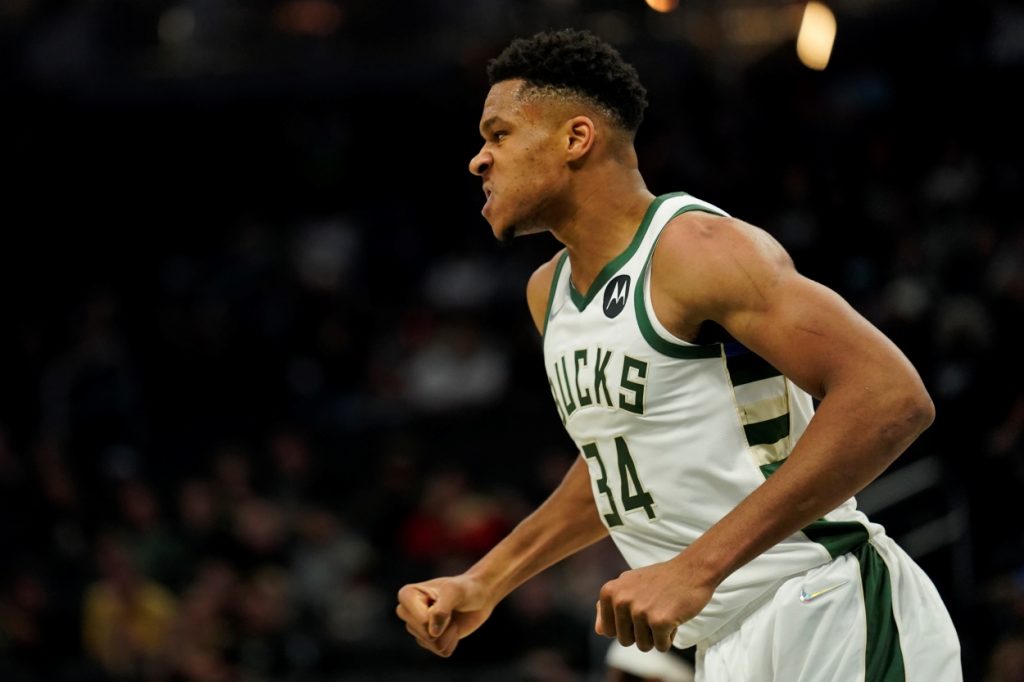 Giannis Antetokounmpo of the Milwaukee Bucks reacts after making a basket against the Oklahoma City Thunder in the first half during a preseason game at Fiserv Forum in Milwaukee. | Patrick McDermott/Getty Images

Milwaukee swept the Miami Heat in the opening round of the 2020-21 postseason. The Bucks then faced the undermanned Nets, who took Milwaukee to seven games. Eventually, Kevin Durant’s toe got in the way of Brooklyn advancing to the Eastern Conference Finals.

But Antetokounmpo proved he could go toe-to-toe with KD in one of the NBA’s all-time great playoff series.

The Bucks then squared off against Trae Young and the Atlanta Hawks and cruised past the biggest surprise of last year’s playoffs in six games.

After a historic performance from The Greek Freak, Milwaukee got the championship monkey off its back a few weeks later, taking down Chris Paul and the Phoenix Suns to win the NBA title.

For whatever reason, though, the team never got full credit for bringing home the Larry O’Brien Trophy. James Harden and Irving were both injured for the Eastern Conference semifinals series — surely, if the Nets had been healthy, they would have beaten the Bucks, right?

Chris Paul was banged up in the Finals. If he was at full strength, the Suns surely could have taken Milwaukee too, correct?

The disrespect continues heading into this season. Brooklyn and the Los Angeles Lakers have better odds to win this year’s championship than Milwaukee. The Bucks aren’t even favored to win their own conference.

But now, with the drama surrounding Simmons and Irving, the team can indeed smell blood in the Eastern Conference waters.

Giannis Antetokounmpo and Co. are quietly circling the chum that is the Nets and Sixers

I hadn't heard that yet from a national outlet.

Simmons led the league in offseason drama. He refused to ever return to the Sixers franchise — and now is likely returning to the Sixers franchise. Irving’s reluctance to receive the coronavirus (COVID-19) vaccine is the latest NBA saga. It appears the former Dukie won’t be with the Nets, at least to begin the year.

Philly was the No. 1 seed in the East last year, while Brooklyn was No. 2, and the Bucks came in at No. 3. But while those events continue to play out with the other two franchises, Milwaukee has quietly gone about its business all offseason and is ready to defend its title.

Antetokounmpo, Middleton, and Holiday all return, except now with championship experience.

The franchise also re-signed head coach Mike Budenholzer shortly after its championship parade. There’s a level of continuity within the organization that could be considered boring from the outside but bodes well inside the locker room and on the court. Bucks general manager Jon Horst confirmed that during this year’s media days via the Milwaukee Journal Sentinel:

“I think we’re betting that we’ve kind of grown in our toughness and our physicality and kind of understanding ‘what it takes to win’ experiences of the existing core of our guys.”

Milwaukee reloaded this offseason and is ready for a repeat

Several key contributors from last year return in 2021-22, but Horst and the Bucks didn’t rest on their laurels. They added shooting in the form of Grayson Allen, additional scoring in the form of Rodney Hood, and a steady hand off the bench in guard George Hill.

“I think we’re better in a different way is probably how I would say it,” Horst said. “I believe that.”

The defending NBA champions aren’t as boisterous and dramatic as some other championship contenders across the league. But Antetokounmpo and the Bucks are still lurking beneath the surface.

All statistics courtesy of Basketball Reference.

RELATED: The Milwaukee Bucks are Reconstructing Their Bench and Loading up for a Second Consecutive NBA Title Run

The post As the Kyrie Irving and Ben Simmons Drama Rages on, One Familiar Team Is Smelling Blood in the Water appeared first on Sportscasting | Pure Sports.

By: Andrew Hanlon
Title: As the Kyrie Irving and Ben Simmons Drama Rages on, One Familiar Team Is Smelling Blood in the Water
Sourced From: www.sportscasting.com/kyrie-irving-ben-simmons-drama-rages-one-familiar-team-smelling-blood-in-water/
Published Date: Tue, 12 Oct 2021 15:12:14 +0000

Read More
Did you miss our previous article...
https://deals.delivery/sports/tom-brady-a-florida-man-shares-his-reasons-for-buying-the-6-million-yacht-i-literally-said-that-ill-never-own-a-boat-in-my-life
kyrieirvingbrooklynnets