The Cincinnati Bengals have been one of the surprise teams of the 2021 NFL season. After five consecutive losing seasons, Cincinnati finished with a..

The Cincinnati Bengals have been one of the surprise teams of the 2021 NFL season. After five consecutive losing seasons, Cincinnati finished with a 10-7 record, good for the AFC North title. Joe Burrow and company are riding high heading into Super Wild Card Weekend. Bengals Hall of Famer Anthony Munoz loves what he’s seeing from this year’s team and believes Zac Taylor’s squad can compete for the Super Bowl. 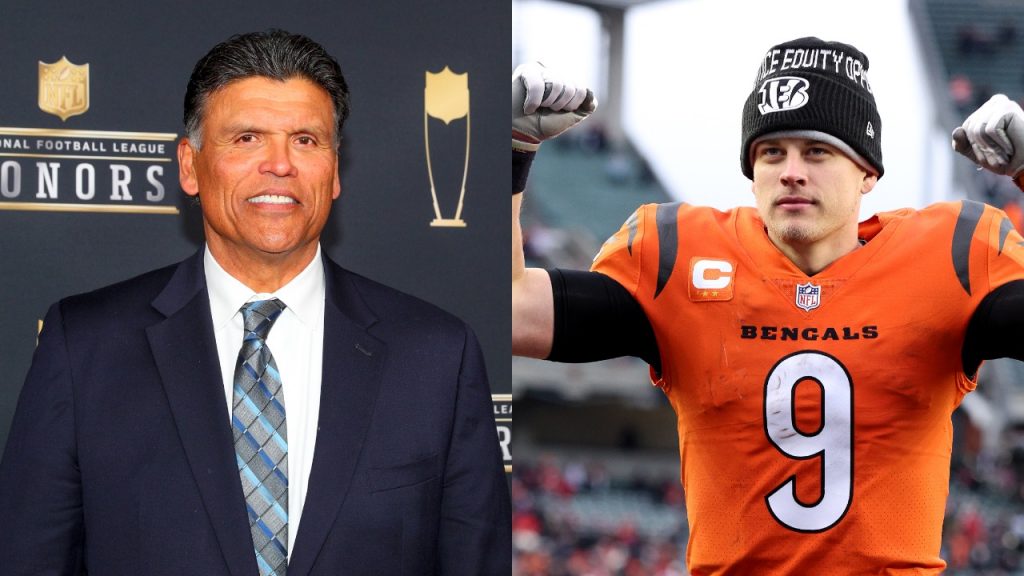 Anthony Munoz played his entire 13-year NFL career with the Cincinnati Bengals. The Hall of Fame offensive tackle still has strong ties to the organization and genuinely roots for its success.

Munoz has been impressed with Cincinnati’s extraordinary turnaround in 2021. The Bengals have only made two Super Bowl appearances in franchise history, and Munoz was part of both of them. He knows what it takes to get there. The 11-time Pro Bowler thinks the current team has what it takes to get to the big game.

Munoz sees similarities between the 2021 team and the 1988 squad that went to the Super Bowl. Cincinnati posted a losing record in 1987, then went on a deep run in the NFL playoffs the following year.

“I wouldn’t doubt that they can be an ’81 Bengals team,” said Munoz. “Or an ’88-89 Bengals where no one gave them a shot, and they run the table. If they can stay healthy, and if that offensive line can do the job, I think they have the pieces to say OK, LA, here we come.”

Anthony Munoz knows how hard it is to reach the mountaintop, but he also believes in the talent the Bengals’ front office assembled.

“I think they have the pieces to make that push,” he added. “I’m excited.”

Joe Burrow has spearheaded an impressive turnaround in Cincinnati

Zac Taylor’s squad has overachieved based on the media’s expectations. However, these players play with confidence as if they expected to be here.

Joe Burrow’s bounce-back campaign has been one of the biggest stories of the 2021 season. His rookie season got cut short after 10 games, thanks to a gruesome knee injury. It was unclear how the LSU product would respond, but he exceeded expectations in year two.

Burrow threw for 4,611 yards, 34 touchdowns, and 14 interceptions in the regular season. He also boasted the NFL’s highest completion percentage (70.4%). The Bengals’ signal-caller has a strong chance at winning the NFL Comeback Player of the Year Award.

The 25-year-old signal-caller has displayed noticeable improvement in 2021. He’s worked on his arm strength, mechanics, and poise in the pocket. And his efforts are paying off. Pro Football Focus gave Burrow an impressive 91.7 grade for the season.

If he continues on this path, the Bengals could become perennial playoff contenders.

How the AFC North champs can reach the Super Bowl

Joe Burrow has been playing out of his mind in 2021. Still, for Anthony Munoz’s words to come true, it will take a complete team effort.

The second-year quarterback isn’t the only player who deserves credit for Cincinnati’s recent success. The offense has been one of the league’s best units for most of the season. The Bengals finished the regular season in the top-10 in total offense. They averaged 27 points and 361.5 yards.

Rookie wide receiver Ja’Marr Chase has put up insane numbers in his first season in Cincinnati. He ended with 81 receptions for 1,455 yards and 13 touchdowns. Chase, Joe Mixon, Tee Higgins, and Tyler Boyd form one of the league’s most explosive skill-position groups.

While the offense paced the Bengals in 2021, the defense does deserve credit. Lou Anarumo’s unit doesn’t feature many stars, but it plays with energy. It finished in the middle of the pack, so it’s far from shutdown. Still, Cincinnati can make plays on that side of the ball as well.

The AFC is a crapshoot, so the Bengals have a legitimate shot. They can’t get caught looking ahead, though. Anthony Munoz shared what it means for the franchise to be back in the postseason.

“It’s overdue,” said Munoz. “When people talk about the last playoff win, and I was playing in it, that’s a long time ago. We are in need of a playoff win.”

The Bengals’ hopeful Super Bowl run begins when they face the Las Vegas Raiders in the Wild Card Round.

RELATED: Can the Bengals Finally End The Bo Jackson Playoffs Curse Against The Raiders?

The post Hall of Famer Anthony Munoz Argues That Joe Burrow and the Red-Hot Bengals Can Reach the Super Bowl appeared first on Sportscasting | Pure Sports.

Read More
Did you miss our previous article...
https://deals.delivery/sports/valtteri-bottas-returns-to-arctic-rally-more-fun-racing-on-snow-and-ice-by-valtteri-bottas
superbowlhighhopes