Blowouts haven’t been common for the Green Bay Packers since head coach Matt LaFleur and quarterback Aaron Rodgers teamed up two-plus seasons ago. In ..

Blowouts haven’t been common for the Green Bay Packers since head coach Matt LaFleur and quarterback Aaron Rodgers teamed up two-plus seasons ago. In fact, seriously one-sided losses have only happened twice before last week, when the New Orleans Saints issued a third lopsided defeat by winning their Week 1 matchup in Jacksonville, Florida 38-3.

This was the worst loss of the LaFleur era in Green Bay, but Cheeseheads should be more excited for the next game than worried. Rodgers always seems to bounce back quickly from these large losses and proceeds to take out his frustration on the next team on the schedule. 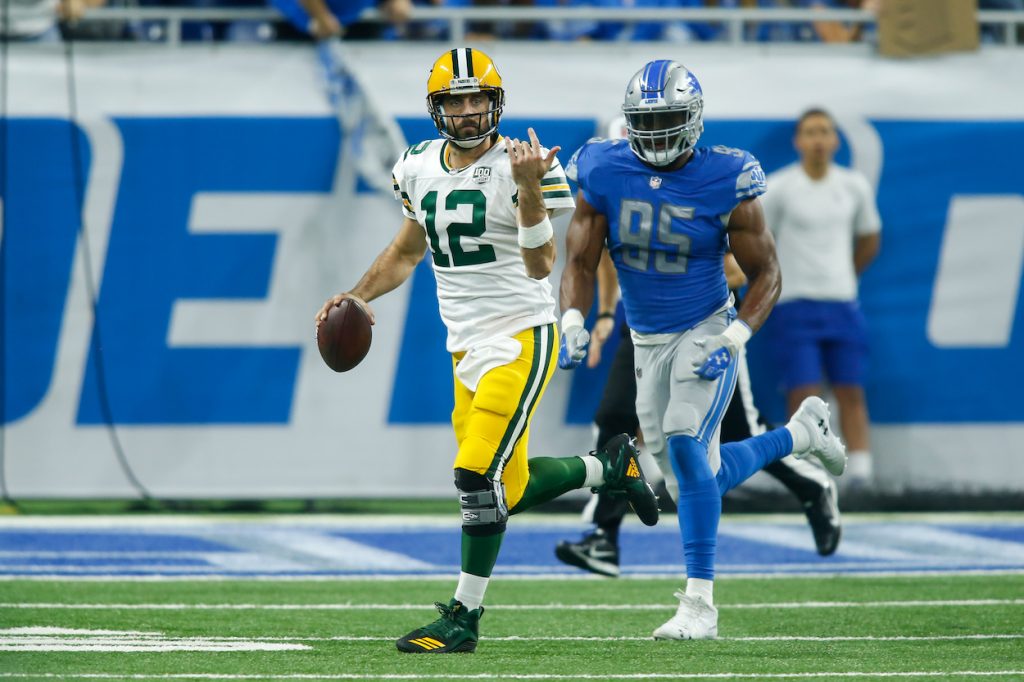 Packers coach Matt LaFleur is entering his third season at the helm of the historic franchise. The former Los Angeles Rams and Tennessee Titans offensive coordinator took his current position in 2019, and the team has only lost nine games in the ensuing two-plus years.

LaFleur’s Packers finished both seasons under his leadership with identical 13-3 records. In 2019, the fourth loss came in the NFC Championship game against the San Francisco 49ers — coached by one of LaFleur’s mentors, Kyle Shanahan — and, in 2020, the team lost at the same point in the playoffs to the eventual Super Bowl champion Tampa Bay Buccaneers.

While six of LaFleur’s losses were of the run-of-the-mill variety, there are three that stand out.

Aaron Rodgers has responded to blowouts in a big way

Aaron Rodgers is LOCKED IN after losing to the Bucs

While no team wants to get blown out, the Packers have to be at least a little excited coming out of the Saints fiasco. That’s because of what Aaron Rodgers historically does following lopsided losses.

After the 2019 loss to the Niners, Rodgers and the Pack came back with a vengeance the following week against the lowly New York Giants. The then 2-10 NFC East squad had no answers for Rodgers’ greatness that night, and Green Bay put up a blowout of its own, winning 31-13.

Rodgers had a fantastic and incredibly efficient night in New Jersey. The QB completed 21-of-33 passes for 243 yards. He also threw four touchdowns to Davante Adams (two), Allen Lazard, and Marcedes Lewis.

A year later, after the Brady embarrassment, the Rodgers-led Packers struck back swiftly and definitively again, easily besting the 1-6 Houston Texans 35-20. Once again, Rodgers was ruthlessly efficient, completing 23-of-34 for 283 yards. He hit four passing touchdowns in this game, too, finishing scoring drives to Adams (twice again), Malik Taylor, and Jace Sternberger.

If this trend keeps up, the Detroit Lions could be in for some real problems on Monday Night Football this week.

A matchup vs the Lions is just what the Packers need

If history holds, Rodgers is set for a 20-plus completion, 250-ish yard, four touchdown (with Adams catching two) night on Monday against the Lions.

To make that type of game more certain, the 37-year-old QB will face a thin Lions secondary still reeling from the loss of the third-overall pick in the 2020 draft, Jeff Okudah. The corner ruptured his left Achilles tendon in Week 1 and is out for the season.

This green group will undoubtedly have Rodgers, Adams, and the rest of the crew licking their chops in anticipation for Monday Night.

And, if history is a reliable guide, it will be a long night of watching Aaron Rodgers throw touchdown passes time and time (and time and time) again.

RELATED: Former Super Bowl-Winning QB Blames Green Bay Packers’ Struggles on Aaron Rodgers and His Offseason: ‘There’s This Lie in Football That You Can Just Throw out the Balls and Be Awesome if You Were Awesome the Year Before’

The post Aaron Rodgers is Guaranteed to Throw 4 Touchdowns Against the Detroit Lions on ‘Monday Night Football’ if a Historical Trend Continues appeared first on Sportscasting | Pure Sports.

Read More
Did you miss our previous article...
https://deals.delivery/sports/a-kobe-bryant-rookie-card-sold-for-more-than-what-the-black-mamba-made-in-each-of-his-first-three-seasons-one-the-rarest-in-existence