Why am I waking up at 3am every morning?

Whenever I write about sleep, I hear from a chorus of people who struggle to sleep through the night. Anecdotally, it seems a far more common.. 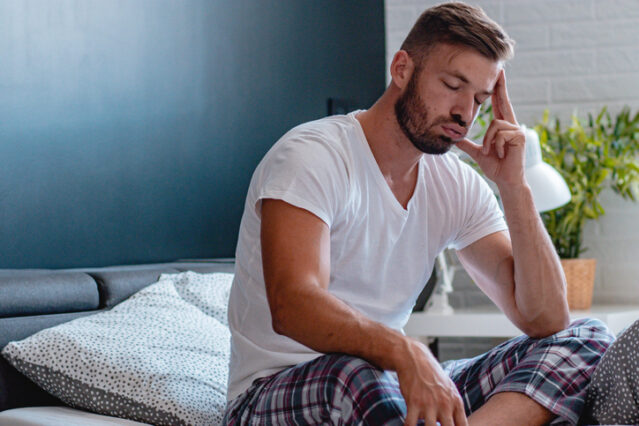 Whenever I write about sleep, I hear from a chorus of people who struggle to sleep through the night. Anecdotally, it seems a far more common complaint than difficulty falling asleep in the first place.

These complaints are one of three types:

Understandably, this is a hugely vexing problem. Poor quality sleep is a serious health concern. Not to mention, sleeping badly feels simply awful. When the alarm goes off after a night of tossing and turning, the next day is sure to be a slog. String several days like that together, and it’s hard to function at all.

I’m going to go out on a limb, though, and assert that waking up in the middle of the night isn’t always the problem we make it out to be. For some people, nighttime wakings are actually something to embrace. As always, context is everything.

What Causes You to Wake Up In the Middle of the Night?

One of the most frustrating things about nighttime waking is that there are so many possible causes. Sometimes the solution is as simple as practicing good sleep hygiene. Other times, medical help is in order. Still other times, the solution is something different entirely.

Sleep isn’t a uniform state of unconsciousness you slip into when it becomes dark and, theoretically, ride until morning. It’s a dynamic process that goes in waves—or more precisely, cycles—throughout the night.

There are four (or five, depending on how you slice it) stages of sleep:

A single sleep cycle lasts about 90 minutes, during which you move from light sleep, through stage 2, into deep SWS, and back up to REM. Then down you go again, then back up, ideally at least four of five times per night.

Your sleep is also roughly broken into two phases over the course of a whole night. In the first half, you spend relatively more time in SWS. The second half is characterized by a higher proportion of REM sleep.

What does this have to do with nighttime waking?

One possible explanation is that as you transition into lighter sleep — either within a single sleep cycle, or as you move from the first to the second phase—aches, pains, and small annoyances are more likely to wake you up. These can include medical issues like chronic pain, sleep apnea, restless leg syndrome, or GERD. Soreness from the day’s hard workout, noise or light from your environment, hunger, thirst, or being too hot or cold might rouse you from your slumber.

If you’re waking up multiple times at night, chances are that you’re experiencing physical discomfort that you’re not able to sleep through. Sometimes it’s obvious, but not always.

Was It Something You Ate Or Drank?

While individual studies have linked sleep quality to diet and macronutrient intake (high versus low carb, for example), they are mostly small and the results inconclusive.2 Still, you might be able to look at your diet and identify a likely culprit. For example, if your sleep problems started after going carnivore or adding intermittent fasting, that’s an obvious place to start.

A food log can help you spot patterns, such as whether eating certain foods at dinner tends to correlate with poorer sleep. Alcohol and caffeine are big sleep disruptors as well, though you surely know that.

If you’re frequently waking up to pee, you might be overhydrating, especially in the evening. More seriously, it can be a symptom of diabetes or bladder, prostate, kidney, adrenal, or heart problems. Getting up once or twice to pee probably isn’t cause for alarm. It’s worth seeing a doctor if you’re getting several times or urinating much more at night than during the day.

Melt your stress away with Adaptogenic Calm

What to Do About Nighttime Waking

If applicable, experiment with your diet and food timing

Depending on your current diet, some experiments you might try include:

Try a teaspoon of raw honey before bed

One hypothesis is that you’re waking up in the middle of the night because your brain gets hungry for glucose eight hours after your last meal. The honey provides some carbs to get you through.

There’s no concrete evidence for honey as a sleep aid, but plenty of people swear by this remedy. I’m not sure it’s likely to be more effective than eating a serving of complex carbs at dinner. That said, even for low-carbers, I don’t think there’s any harm in trying.

I’ll note, though, that fasting studies don’t show a link to sleep disturbances.4 That calls the “starving brain” hypothesis into question, but I suspect there’s an important nuance here. Individuals who can comfortably do longer fasts are almost certainly also fat-adapted and, at least during the fast, producing ketones to fuel their brains. Metabolically, they’re in a very different place from a carb-dependent person who struggles to make it through the night.

If you’re unable to get enough high-quality sleep at night, you might prefer to adjust your sleep schedule entirely. Instead, aim for a shorter nighttime sleep period, say five or six hours, paired with an afternoon nap. This is another variant of biphasic sleeping.

Years ago, I wrote a post on how to conduct just this type of experiment. Check it out and see if it might work for you. It’s unconventional in this day and age, but I know people who thrive on this schedule.

Sleep issues are a symptom of many diverse health issues, including hyperthyroidism, anxiety, depression, and, as previously mentioned, diabetes, heart disease, and others. Your doctor may want to test you for sleep apnea.

The Case of Hot Flashes

Hot flashes are a common cause of nighttime waking for women of a certain age. If you endure nighttime flashes, you’re probably familiar with the standard advice:

Unfortunately, as I’ve learned from my wife Carrie’s and many friends’ experiences, there is no one-size-fits-all solution. I do think acupuncture is a potentially helpful, underutilized tool. Mostly, though, it’s just a combo of trial-and-error plus time that seems to get most women through this phase.

Getting Back to Sleep

In the meantime, while you get to the root of the issue, here are some tips for getting back to sleep:

Are You Fighting Something You Should Be Embracing?

I’ve long believed that humans naturally tend to be biphasic sleepers. The idea that we should be passed out for a solid eight hours per night is a social construct not firmly rooted in our sleep biology.

Historian Roger Ekirch argues, rather convincingly I think, that before the advent of artificial light, humans across geographical locations and social strata slept in two chunks during the night. The first, usually just called “first sleep,” or sometimes “dead sleep,” comprised the first four or so hours. “Second sleep” went until dawn. In between, people would enjoy an hour, or perhaps two or three hours, of mid-night activities such as praying and meditating, reading and writing, having sex, and even visiting neighbors. This was seen as completely normal, even welcome.5

Anthropological evidence confirms that some modern-day hunter-gatherers around the world likewise engage in biphasic sleeping.6 Also, in one small experiment, seven adults lived in a controlled environment with 14 hours of darkness per night. Over the course of four weeks, their sleep and hormone secretions slowly and naturally became biphasic.7

Scholars argue that biphasic sleep confers an evolutionary advantage.8 If some individuals fall asleep earlier and some later, and most people are awake for an hour or two in the middle of the night, someone in the group is always up. That person can tend the fire and watch for danger. In fact, the waking hour was sometimes called the “sentinel” hour. According to Ekirch, it was often referred to as simply the “watch.”

Are You a Biphasic Sleeper, or Do You Have a Sleep Problem?

Waking up multiple times per night, such that you rarely feel truly rested, is a problem. However, we shouldn’t rush to pathologize a single nighttime waking. That might just be your natural sleep pattern. It doesn’t necessarily mean you’d be better off aiming for biphasic sleep either. Even if you wake reliably at the same time each night, sometimes a full bladder is just a full bladder.

The litmus test is how you feel. With a biphasic schedule, the intervening waking period should be pleasant. Your mind should feel calm and alert, if perhaps a bit dreamy. Anecdotally, many famous writers, artists, and sculptors have adhered to a biphasic schedule, believing that creativity and flow are enhanced during the mid-night hours.

Of course, you can’t tap into how you feel if waking is causing you a ton of angst. Remind yourself that waking can be normal, not dysfunctional. I know this can be easier said than done, especially if you’re sleep deprived. The thing about biphasic sleeping is that you’re still supposed to get the eight hours of nightly sleep you need, give or take. That means you have to spend nine or ten hours in bed. How many people do that nowadays?

See if you can commit to at least a couple weeks of sufficient time in bed. Push away your previous (mis)conceptions about what a “good” night of sleep is “supposed” to look like. Try to welcome rather than fight the mid-night waking. Be open to what comes next.

The post Why Am I Waking Up at 3am? appeared first on Mark's Daily Apple.

Read More
Did you miss our previous article...
https://deals.delivery/health/the-liver-and-how-to-support-your-favorite-defining-organ