Play is a lost art: Reclaiming a primal tradition

Experts have long studied the benefits of play for children, and the evolutionary logic is undeniable.Play introduces and hones practical skills like .. 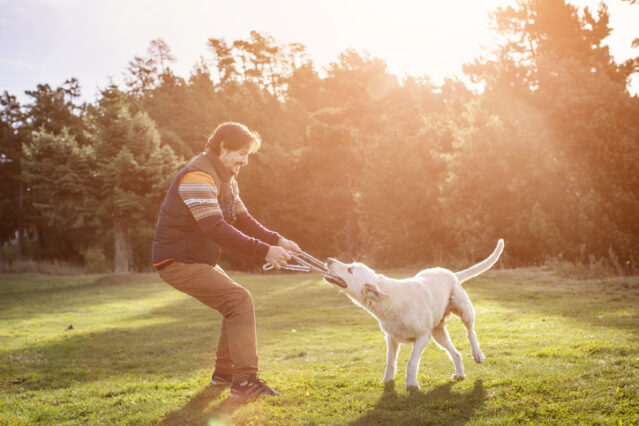 Experts have long studied the benefits of play for children, and the evolutionary logic is undeniable.

Play introduces and hones practical skills like hunting, cooking, building, child care, and health care. Playing doctor? Cops and robbers? And so on.

Play teaches children social boundaries. If you’re nice enough but not too much, you can get your way without being a pushover or turning off potential friends.

Play teaches you to cooperate. If you don’t play well with others, other people won’t play with you. That’s no fun.

Play is very important for child development. The benefits are well-established. Trust the Science. But what about play for adults?

Talk of playtime for adults often garners eye rolls and claims of self-indulgence. Adults are adults, after all. We don’t need to learn how to cooperate, how to establish social boundaries, or how to do new skills. We’re supposed to be paying bills, going to work, doing chores around the house, and reading the business section of the morning paper. We don’t have time to mess around with fun and games. Right?

That’s ridiculous, of course. Humans are one of the few animals to retain our ability to and predilection for play well into adulthood. Most other animals, even someone close to us like the chimpanzee, withdraw into “dignified” old age as the years go on. We’ve all seen the exuberant teenage chimps cavorting at the zoo while the greying elders sit quietly, almost embarrassed to be seen in the same room as them.

Stuart Brown is a psychologist who has devoted decades to studying play and applying its benefits to both personal therapy and business optimization. He’s one of the few experts who has focused his study on the role of play throughout the life cycle. Over his career, he’s studied play in a host of cultures and historical times, and he’s compared the play patterns of children and adults in both human and various animal species. He calls play a “profound biological process” and presents evidence that play continually shapes the human brain throughout our lifetime.

In his book, Play: How It Shapes the Brain, Opens the Imagination, and Invigorates the Soul, Brown suggests we’re a unique species in this regard. Many experts in fields as diverse as biology, anthropology, and psychology have written about human neoteny—the extension of many “juvenile” characteristics into adulthood. We keep our (relatively speaking) baby faces. We have an unprecedented long childhood period lasting nearly 20 years. Even more importantly, however, we retain the early interest in exploring, experimenting, and tinkering with our environments long after the adults of other species have settled into the serious business of instinctual routine. Though we had our own survival to ensure in the same harsh circumstances, we held on to the juvenile tendency of pushing the envelope in ways other adult mammals didn’t. According to Brown, the cognitive and creative benefits of human neoteny are continually derived through our lifelong inclination toward play and experimentation. Our ability and tendency to play into adulthood is a big reason why we’re so successful as a species.

Why Should Adults Play?

Primal living, of course, shows us that the optional and seemingly incidental stuff our spcies evolved engaging in isn’t actually optional. Prehistoric and ancient humans never really “dieted,” but the diet that was available set the tone for our physiology. We never “fasted,” but we didn’t always have food available. We didn’t “do cardio,” “lift weights” and “run sprints,” but the requirements of daily life required that we stayed active, moved heavy things, and ran really fast.  As such, we can’t ignore anything that our species evolved engaging in. It’s still relevant today. It’s the same for play, even though the benefits seem more intangible.

Benefits of Play for Adults

So, what are the benefits of play for adults?

Physical play is exercise without the grit and determination and willpower. Physical play is exercising without realizing you’re exercising. This goes without saying, but there actually are a few published papers on the benefits of “playful” exercise, like dancing. In older adults, dancing has been shown to improve bone mineral density, aerobic power output and capacity, balance, propensity to fall, flexibility, gait, and agility.1 And although this hasn’t been studied academically to my knowledge, dancing with a romantic partner improves your sex life.

Play is meaningful for its own sake. You’re not lifting weights to hit some desired poundage in the future or arm circumference; you’re playing because to play is to be engaged with time as it flows through the present. And like other meaningful physical pursuits, the physiological benefits are that much greater.

Play increases social cohesion. Brown suggests play has been crucial to the social cohesion of our communities—all the way from early tribe life to modern day urban living. Play, Brown argues, allowed us to organize in more complex social groups, which further enhanced our potential for survival. You can see this happen immediately. Get a group of shut off adults together and force them to play tag or dodgeball and within ten minutes they’ll be laughing and exchanging phone numbers.

When we embrace play, we claim a better quality of life for ourselves. We decrease stress. We connect better with those around us. We get out more and get more out of what we do. We find more fun and maybe even meaning. And we get a great workout. For us grown-ups, however, does play simply make sense as a therapeutic counter to the rampant stress and social distance in our society? Is it just a better, more fun way to exercise and make friends? Or is there a deeper, more inherent drive—a timeless impulse that even Grok himself would’ve answered to?

The True Power of Play

We are, without a doubt, the most adaptable of species. We’re capable of living anywhere on earth, and we’ve wandered to the far flung, inhospitable lands long before modern conveniences made those environments easier to weather. We’re continually adapting—exploring, changing, reinventing our roles and our interactions with our environments—throughout our life cycle. As Brown explains and I’ve explained in the past, we have a capacity for cognitive, social, and behavioral plasticity that drove our species’ evolution and still lives within us today.

Play in this regard isn’t a diversion from our lives but a complex and unique engagement with it—with the people and things that populate our environments, the circumstances and challenges that exist in our lives. Children, psychologists tell us, use play as a backdrop for processing difficult emotions and novel scenarios. They continually test out their own developmental adaptations and new discoveries within the safe, experimental space of play. And, as anyone who’s observed children at play knows, they throw themselves into it and don’t look back. They commit 100% to the constructed scenario: the random team affiliations, the imagined roles, the fantastical scenarios. In short, play is fun and beneficial because they create it—and feel it—as real.

A childhood friend of mine had this big, crazy, mutt of a dog who we’d always play with. He had short legs and lumbered as he ran, but he’d do anything to keep up with us. One of our favorite games when we were cooped up on stormy days was getting the dog to chase us through the house. We’d get him good and riled up in one end of the house and then run to the opposite end where we’d jump on the couch, grab the cushions to shield ourselves, and wait for the dog to come leaping at us.

There was a physical aspect to it, of course. Running through the house helped burn off excess energy and increase aerobic capacity, yeah. Dodging and darting around developed our agility, sure. The real meat of the game, however, was the chase itself: that big barking slobbering dog at our heels. Though we knew the dog wouldn’t hurt us, we were on some deep, ecstatic level running for our lives. We howled with laughter every time that dog came running and felt the adrenaline surge within.

As I watched my children play capture the flag years later, it was clear their enjoyment likewise had little to do with the physical exercise itself. Sure, kids naturally love being in constant motion, but something else was operating there. The real center of play for my kids was the deep emotional investment. It’s the feeling of risk and power, of silliness and absurdity, of the alternating edges of fear and relief, loss and triumph. How many of us feel that level of emotional investment in anything these days?

That’s what many of us lose as adults—the freedom of play, the pure release of it. We can force ourselves to go play frisbee in the backyard, dress our kids’ dolls for their latest tea party soiree, or even make ourselves join a summer baseball league or pottery class but all too often we’re just going through the motions.

To get the full advantage of genuine play, we have to surrender to the game. We have to become so immersed in the game that it ceases to be a game. It must become real, if only for a few moments. Neglecting true play has its consequences. Without play, we become creatively rigid over time like the adult primates. We continually narrow the terrain of our cognitive musings, our social interactions, and physical life. The choice has inevitable consequences for our emotional well-being, our practical resilience, and our creative potential.

How do I play?

I play Ultimate Frisbee every week. Have done so for over a decade now. It’s the perfect blend of intensity, strategy, competition, camaraderie, and athleticism.

I standup paddle twice a week, at least. It’s the greatest way to explore the water (and get a great workout). Standup paddling is play and meditation together.

I play with my granddaughter. Nothing better than that.

How about you guys? How are you playing these days? How do you tap into that intense feeling?

Read More
Did you miss our previous article...
https://deals.delivery/health/six-mindbody-methods-to-help-you-get-through-menopause