Missing the Mark with “Target Audience”

Alt: A doodle aims a paper airplane at another doodle and shouts, “Hold still! I’m trying to target you with information!”Here at We ❤ Health.. 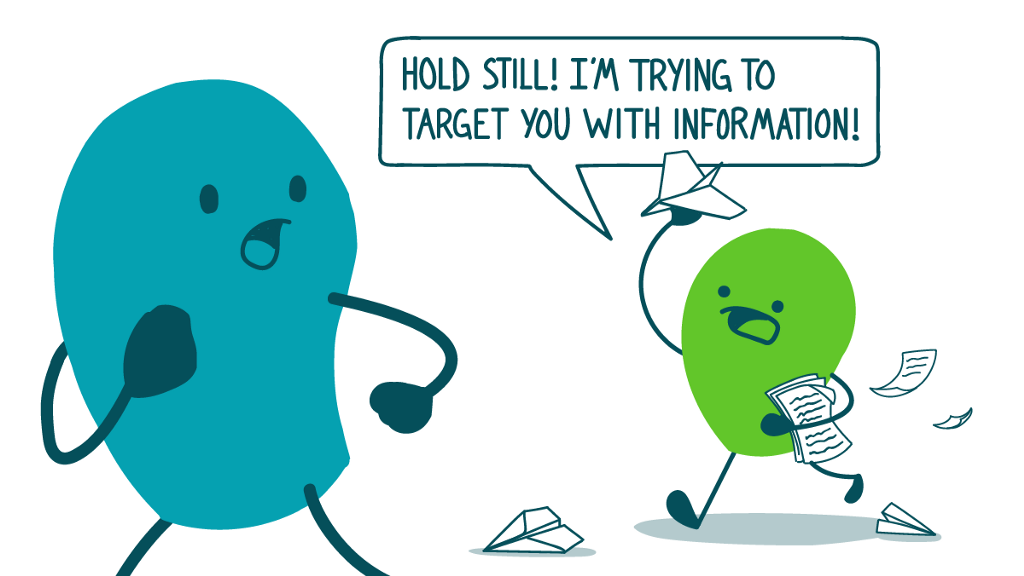 Alt: A doodle aims a paper airplane at another doodle and shouts, “Hold still! I’m trying to target you with information!”

Here at We ❤ Health Literacy Headquarters, we’re no strangers to the terms “target audience” and “target population” — they’re health comm bread and butter! But when you think about it, they aren’t such a great way to refer to… well, anyone.

“Target” sounds a tad aggressive, like militaristic terms we try to avoid. And it may make people feel they’re being, ahem, targeted — rather than prioritized, which is what we actually mean! This connotation can get especially dicey when you’re writing about marginalized communities.

Of course, your end user may not ever set eyes on the doc where you call them your “target audience” — or anything else. But stranger things have happened! And as our grade-school teachers liked to say, if you wouldn’t use a word when talking to someone, it’s best not to use it when talking about them.

So how do we talk about the people we’re trying to reach in our internal communications, conference poster presentations, and the like? We’ve got a few ideas — and they’re super simple swaps!

Tweet about it: We hear the term “target audience” a lot in #HealthComm. @CommunicateHlth says that’s worth revisiting: https://bit.ly/3sb6IVx #HealthLit

Missing the Mark with “Target Audience” was originally published in wehearthealthliteracy on Medium, where people are continuing the conversation by highlighting and responding to this story.

Read More
Did you miss our previous article...
https://deals.delivery/health/why-mindfulness-isnt-for-everyone