Keep fighting, you're just one step away from a breakthrough

I love those posts about famous people who didn’t reach their stride until mid-life. Or ‘til after receiving hundreds of rejection letters. Or.. 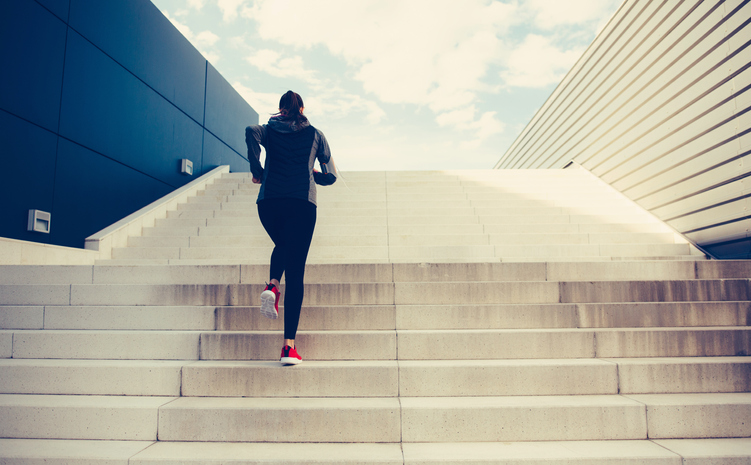 I love those posts about famous people who didn’t reach their stride until mid-life. Or ‘til after receiving hundreds of rejection letters. Or following some huge life-altering experience. Like George Lucas who got turned down by three major movie studios. Michael Jordan who got cut from his high school basketball team, twice. The dude who started FedEx who allegedly got a C on his college term paper promoting the original biz idea.

They’re all well-known now (well most of them), but without special skills like tenacity, self-compassion, and flat-out trusting the process, they might not have ever gotten there.

The same thing goes for those of you struggling with sticking to a primal or keto diet, or trying to stretch out your fasting window by a few more hours, or ramping up your workout routine. I see it fairly frequently with my health coaching clients. They’re diligently following their real-food-eating-plan, tuning into their hunger levels, and moving their bodies regularly, then suddenly, there’s some obstacle that totally derails their hopes and dreams of success.

The path to anything, be it fat loss, healing, PRs, or personal growth, is never a straight line. It’s curvy, messy, and often times chaotic. It’s just part of being human. And although it feels like you’re not making progress, you actually are.

It’s like in the old days before electric drills and powerful jackhammers were a thing, they used to break boulders with handheld sledgehammers. Workers would hit those darn things over and over again without seeing any progress, but they’d keep at it because that was their job. Then, on the 50th or so hit, the boulder would magically split in half. Except it wasn’t magic, it’s science. They’re breaking down the integrity of the structure, each hit microscopically chipping away at it.

Just like my boulder analogy, the same thing is happening to you and your goals. Even though it looks like nothing is happening on the outside, each time you choose bacon and eggs over a jumbo Costco-sized muffin or go for a walk even when you don’t feel like it, you’re shifting something key to your success on the inside.

Why You Need Resiliency

When you’re armed with this knowledge ahead of time, you can lessen the powerlessness that can tag along for the ride. You know, the feeling like you’re banging your head against a wall that doesn’t ever move. People with a sense of resiliency are usually the most successful at persevering the ups and downs of their struggles. They’ve learned how to adapt, emotionally and physically, in the face of adversity. Not only does this help them keep a positive mindset, it prevents them from giving up — which, really is the biggest piece of this puzzle.

The Three Cs of Resilience

Resiliency isn’t just something you’re born with either, you can learn to develop it. According to research by Susan Kobasa, a psychologist who studies hardiness and grit, there are three elements essential to resilience:

Basically, resilience helps you handle stress in a more positive way. A study by developmental psychologist Emmy Werner backs up that thinking. She followed a group of 698 kids from birth through their third decade of life, monitoring their exposure to stress along the way. Two-thirds of the subjects came from stable, successful backgrounds while the other one-third were qualified as “at risk.” Of the at-risk kids, she discovered that some developed significant behaviour and mental health problems, while a small subsection of the group achieved academic, domestic, and social success.

Sifting through the data, Werner learned that there were several elements that predicted resilience, most of which had to do with how the children responded to their environment, adding that the resilient kids had what psychologists call an internal locus of control — they believed that they (not their circumstances) had the biggest impact on their accomplishments.

Are You on the Verge of a Breakthrough?

The reason resiliency is so important here is that breakthroughs typically happen right as (or after) you hit your breaking point. And you want to have the skills to actually get there and persevere. While some of these signs may seem negative on the surface, they mean that you’re on the right path, and that a breakthrough is right around the corner.

Don’t Give Up, You’re Almost There

Most people give up before the good stuff happens. Right before they see the results, get the PR, or fit in the smaller pant size. If you’re feeling frustrated, filled with doubt, or wondering why you ever started working toward your goal in the first place, let this be your invitation to stay the course. These five signs mean that you’re just on the other side of a breakthrough:

How about you? What signs do you notice when you’re getting close to a breakthrough?

The post Don’t Give Up, You’re Just on the Other Side of a Breakthrough appeared first on Mark's Daily Apple.

By: Erin Power
Title: Don’t Give Up, You’re Just on the Other Side of a Breakthrough
Sourced From: www.marksdailyapple.com/dont-give-up-youre-just-on-the-other-side-of-a-breakthrough/
Published Date: Fri, 27 Aug 2021 15:43:24 +0000

Read More
Did you miss our previous article...
https://deals.delivery/health/what-we-can-learn-from-our-children