One of the most common supplement questions I receive is about creatine. Namely, is it good for you? Is it safe? And, today, should teens be using it?.. 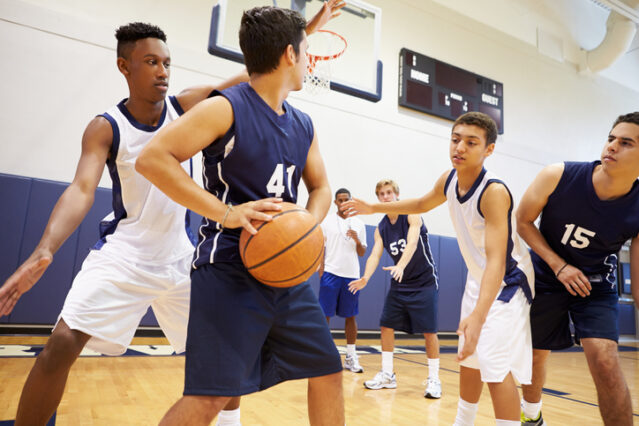 One of the most common supplement questions I receive is about creatine. Namely, is it good for you? Is it safe? And, today, should teens be using it?

You should run any new supplement or practice by your doctor, but my quick and short answer is “yes.” In general, teens can safely take it with some medical exceptions. Teens can greatly benefit from it. Teens, especially those who don’t eat any animal products, should consider taking creatine. But I don’t only do quick and short answers here. Let’s dig into the science of teen creatine use to determine exactly why it’s so beneficial and safe. First, the question:

I have 2 sons who are athletes and asking me about Creatine.
One is 21 and plays college football… and the other is 15 and plays football and baseball.
My youngest one is hitting me up to start taking Creatine. Do you have feedback on this? Or an article you can pint me to that you have written. I have always been against it, only because I don’t know enough about it.

Thanks for your help,
Alicia Murray

Now the details. To begin with, let’s dispel some popular myths about creatine.

Creatine isn’t some synthetic compound created in a lab and never before seen by human biology—it exists in muscle tissue, including both human and animal. The best dietary source of creatine is in fish and red meat. In other words, if you’re eating animal products, you’re “taking creatine.”

Creatine isn’t the same as anabolic steroids, even though many scare stories in the media over the years have likened the two.

Taking creatine isn’t a shortcut to muscle growth. You still have to do the work. In fact, without doing the work creatine won’t help you build any muscle at all. Creatine helps you do more work than you otherwise would. That’s why it’s effective.

What Does Creatine Do?

Whether it’s biosynthesized from constituent amino acids arginine, glycine, and methionine, part of a natural meaty diet, or taken as a supplement, creatine helps provide a very specific type of energy for your muscles: ATP, or adenosine triphosphate, the fuel we use for short, intense bursts of speed or strength. It also plays a critical role in cell maintenance by regulating the assembly and disassembly of the cytoskeleton, but that’s usually not why people take creatine. They do it because it assists in ATP production. When we’re putting up large amounts of weight or going for 1 rep maximums or lifting cars off of accident victims, we are engaging our ATP energy. Our ATP is usually only good for a few moments of maximum output: fifteen seconds of all out sprinting; a few squats at 80% of our 1 rep max; or one good 100% 1 rep max overhead press. This is the stuff Grok would have engaged when making the killing blow on the mastodon. It’s survival fuel, and it depletes rather quickly, but it replenishes just as fast.

This is also why creatine is one of the supplements I most often recommend to keto dieters. For most people, keto seems to slightly compromise top-end glycolytic power—the type of energy you need to push high-volume, high-intensity efforts in the gym and in the world. We simply don’t carry around the same amount of glycogen as your standard carb-loader, and if you’re trying to do the same activities as the carb-loader, you may lose top-end power.

That’s where creatine comes in. By increasing muscle phosphocreatine content, it provides instant energy for intense movements. It doesn’t last long, but it takes the edge off any reduced glycogen content of the muscles, and we can recycle it with a short rest.

Creatine doesn’t just enhance physical performance. Creatine is also found in the brain, where it maintains cognitive function by recycling ATP, the basic energy currency of the body. Studies show that vegetarians who supplement with creatine enjoy improved cognition and physical performance.1 Vegan brains and muscles, which have even less (small amounts of creatine are present in eggs), should benefit even more from supplementation.

For the average athlete (teen or otherwise), it’s not a game changer, but it has been demonstrated to show some real—albeit minor—benefits in immediate muscle energy. Creatine can help give that extra little burst of ATP that might get you through the set. Rather than stop at 10 reps, you might be able to push through for 12. Whether it increases musculature and permanent strength is unclear. The added reps it can help you pump out will definitely confer some benefits, like signaling your genes to synthesize more protein and grow more muscle, but it gets murky when you consider that creatine supplements are cell volumizers that cause water retention in the muscles.

They’ve only really studied creatine us in two types of teen athletes: swimmers and soccer players. What does it show?2

Teen swimmers who take creatine see real benefits. Across several different studies, taking anywhere from 5 grams of creatine a day to 20 grams of creatine a day has been shown to increase swim sprint speed, swim interval performance, top swim speed, and performance on the swim bench (an exercise implement designed to mimic and emulate the swim experience). In other words, it’s great for sprint swimmers and any other swimmer who wants to increase their top speed in the water.

For some reason, those are the only randomized controlled creatine trials conducted in teen athletes. But I think it’s safe to say that most of these benefits will translate well into other sports.

Studies actually show that teens are a little better at getting the creatine they take into their muscles than adults, which could mean one or two things: either they’re more efficient with creatine shuttling or they have lower baseline levels of creatine in their muscles. Either way, teens may particularly benefit from creatine supplementation.

Creatine will likely make a bigger difference in teens who don’t eat a lot of dietary creatine, like vegetarians. Studies show that compared to omnivores who take creatine, vegetarians who take creatine see larger increases in muscle creatine content, but they aren’t clear on whether that disparity translates to greater improvements in exercise performance.3

What the studies do show is that creatine enhances performance and body composition in everyone, regardless of diet. They also show that the body makes about two grams of creatine a day and gets a gram or two from a meat-heavy diet but can utilize more creatine from supplements.

However, there is little to no evidence of cognitive benefits for younger people taking creatine. Those are only pronounced in vegetarians or older people, particularly those with cognitive impairment or elevated stress levels. I would imagine that vegetarian or vegan teens would see cognitive benefits, however.

If your teen is going to take creatine, make sure a couple things are settled.

Other than that, I see no reason why healthy, active teens who are engaged with training or sports shouldn’t consider creatine.

Have any of you tried creatine as a teen? Do you have teen athletes who take creatine? Let me hear down below how it went for you and yours!

Read More
Did you miss our previous article...
https://deals.delivery/health/friendship-health-and-longevity-how-can-you-live-longer-with-just-a-little-help-from-your-friends