This is where Kate Middleton found refuge after Prince William and her 2007 split.

And we get it.Getty ImagesKate Middleton and Prince William are one of the most talked about couples in the world, from their happy family life with..

And we get it. 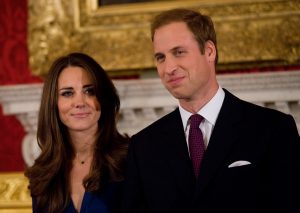 Kate Middleton and Prince William are one of the most talked about couples in the world, from their happy family life with Prince George, Princess Charlotte and Prince Louis, to their relatable day to day habits at Kensington Palace – they’re just like us really!

The Duke and Duchess of Cambridge are currently celebrating their ninth year of married life and they seem so happy in fact it’s hard to remember that there were ever rocky patches.

In 2007 however, Kate and Wills briefly broke up, with Kate even leaving the country to process the split.

But where did she go?

Well, according to The Express, the Duchess of Cambridge jetted off to Dublin with her mum, Carole Middleton, and a group of friends for a cultural (and relaxing) break.

‘We were both very young,’ Prince William explained of the split in their 2010 engagement video interview. ‘It was at university, we were sort of both finding ourselves as such and being different characters and stuff, it was very much trying to find our own way and we were growing up.’

He continued: ‘It was just sort of a bit of space and a bit of things like that, and it worked out for the better.’

Kate certainly seemed to agree, explaining, ‘I think at the time I wasn’t very happy about it, but actually it made me a stronger person.’

Then going on to normalise break ups, Kate added, ‘You find out things about yourself that maybe you hadn’t realised, or I think you can get quite consumed by a relationship when you are younger and I really valued that time for me as well although I didn’t think it at the time. Looking back on it.’

Luckily, it is a thing of the past and the Duke and Duchess of Cambridge and their three children seem happier than ever!

The post This is the surprising place where Kate Middleton went after her and Prince William’s 2007 breakup appeared first on Marie Claire.

By: Jenny Proudfoot
Title: This is the surprising place where Kate Middleton went after her and Prince William’s 2007 breakup
Sourced From: www.marieclaire.co.uk/entertainment/people/kate-middleton-ireland-614537
Published Date: Tue, 07 Sep 2021 08:40:38 +0000