The Queen was surprised by Prince William's and Kate Middleton’s rush-life announcement.

Getty ImagesThe Cambridges are undoubtedly the most talked-about family in the world, with Prince George, Princess Charlotte and Prince Louis.. 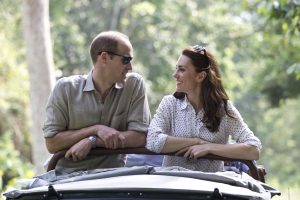 The Cambridges are undoubtedly the most talked-about family in the world, with Prince George, Princess Charlotte and Prince Louis entertaining the public on the regular.

Despite her children’s popularity, it is the Duchess of Cambridge and her ‘aura of perfection’ that still make the most headlines ever since joining the royal fold in 2011.

This week, it was an anecdote from Kate’s pre-Duchess days that got the world talking, as experts recalled Prince William popping the question and their decision to keep the engagement a secret for weeks.

According to royal expert Katie Nicholl, even Her Majesty was surprised by the news that they were engaged. It reportedly wasn’t the engagement that surprised the Queen but rather the haste, with Prince William apparently calling to tell her before an announcement was made to the world that day.

Breaking the news on November 16th, Prince William reportedly rang The Queen while she was having breakfast with Prince Philip to inform her.

According to reports, the Queen was ‘thrilled to receive William’s call, albeit a little surprised at the suddenness of the announcement.

‘The Queen had not idea that there would be an announcement that morning,’ Katie Nicholl continued. ‘It was rather hurried, because William was apparently worried about it leaking out.’

The post The Queen was 'surprised' by Prince William and Kate Middleton's hurried life announcement appeared first on Marie Claire.