We all know and love Princess Diana’s iconic wedding dress, which you can now see in person as part of a new exhibition at Kensingon Palace.Royal.. 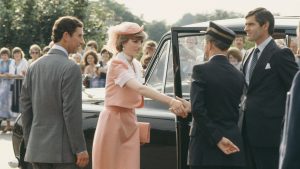 We all know and love Princess Diana’s iconic wedding dress, which you can now see in person as part of a new exhibition at Kensingon Palace.

Royal fans are also aware that her designers, David and Elizabeth Emanuel, created a secret second wedding dress, in case the first gown got leaked. It was apparently a slightly simpler version of the fairytale gown.

But did you know that the royal changed into another less known gown, much like Kate Middleton and Meghan Markle, later on her wedding day?

Though unlike her future daughters-in-law, Diana’s gown wasn’t for the wedding reception, but for her honeymoon.

As was traditional at the time, Prince Charles and his bride departed at the end of their wedding day, boarding a train at Romsey Station on 29th July 1981.

She wore a beautiful peach suit with white frill collar and a matching hat, designed by David Sassoon at Bellville Sassoon. It was designed with both short and long sleeves, so that she could dress according to the weather, and she wore the long-sleeved version two years later in Australia (pictured below, and above on her honeymoon). 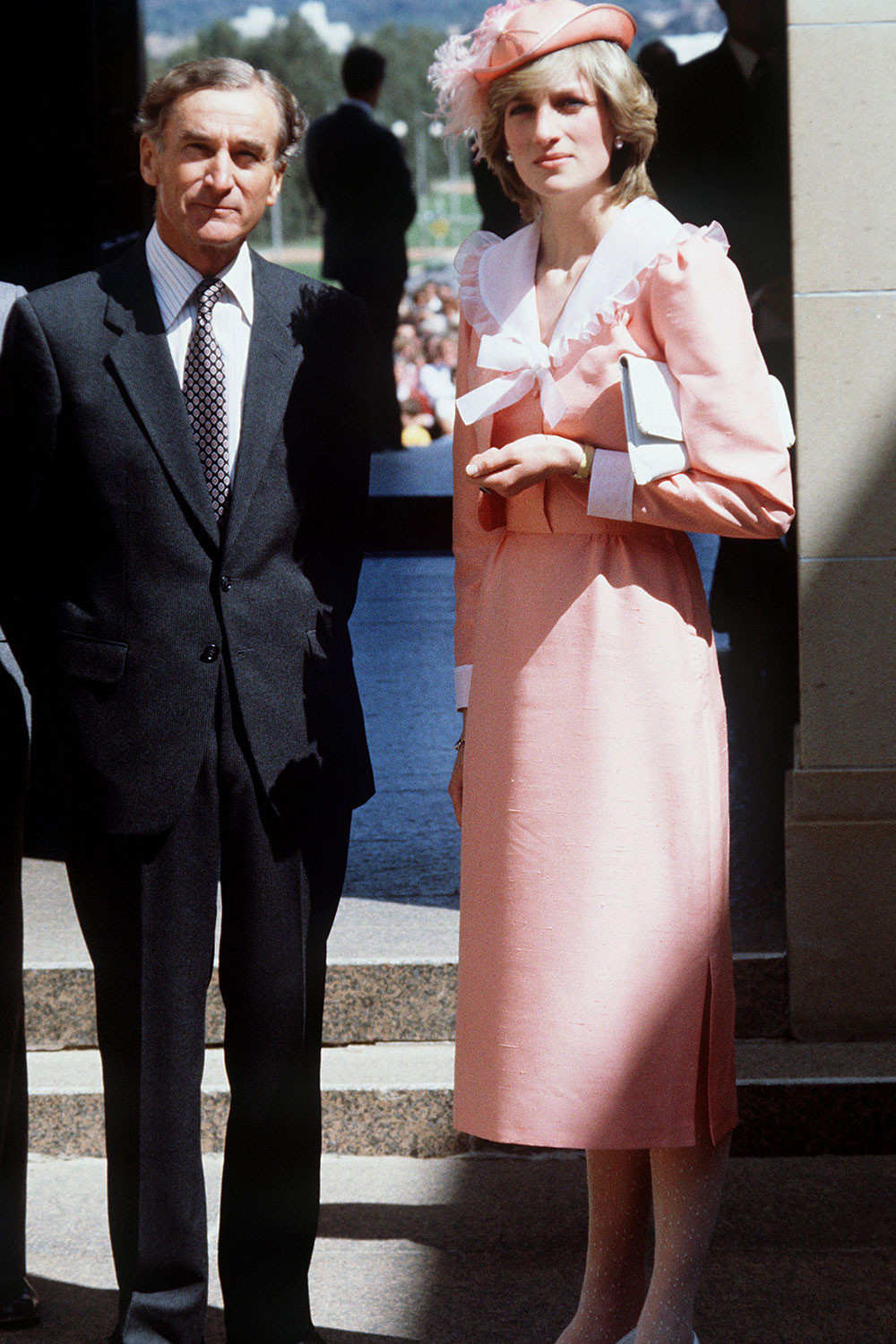 He is the same designer behind her blue engagement suit. Interestingly, she almost didn’t wear the suit, because she was turned away from their shop by sales assistants when they didn’t recognise the then 19-year-old aristocrat, and sent her to Harrods instead.

Luckily, they soon realised their mistake and invited her back in, thus starting a long relationship between the royal and the brand.