Getty ImagesThe Cambridges are undoubtedly the most talked-about family in the world, with Prince George, Princess Charlotte and Prince Louis.. 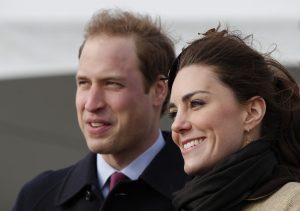 The Cambridges are undoubtedly the most talked-about family in the world, with Prince George, Princess Charlotte and Prince Louis entertaining the public on the regular.

Despite her children’s popularity, it is the Duchess of Cambridge and her ‘aura of perfection’ that still make the most headlines ever since joining the royal fold in 2011.

This week however, it was Prince William that was getting the world talking.

It was one particular anecdote that made the Duke of Cambridge a talking point as experts recalled him popping the question to Kate.

Prince William asked Kate to marry him in October 2010 while the couple were on holiday in Kenya, using Princess Diana’s iconic ring.

Proving once again that royals are just like us, Prince William was reportedly nervous about the proposal, breaking engagement tradition and not speaking to Michael Middleton in advance because he was reportedly afraid he might say no.

“Well, I was torn between asking Kate’s dad first and then the realisation that he might actually say ‘no’ dawned upon me,” he explained in the couple’s official engagement interview. ‘So I thought if I ask Kate first then he can’t really say no. So I did it that way round. I managed to speak to Mike soon after it happened really and then it sort of happened from there.”

The post Prince William's fears when proposing prove royals are just like us appeared first on Marie Claire.