Prince Harry speaks out about his mental health, and the parenthood he experienced.

Britain's Prince Harry (R) and his US fiancee Meghan Markle arrive to attend a memorial service at St Martin-in-the-Fields in Trafalgar Square in.. 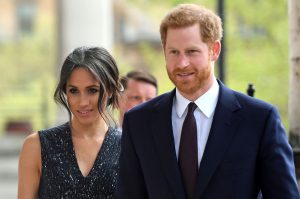 Britain's Prince Harry (R) and his US fiancee Meghan Markle arrive to attend a memorial service at St Martin-in-the-Fields in Trafalgar Square in London, on April 23, 2018, to commemorate the 25th anniversary of the murder of Stephen Lawrence. - Prince Harry will attended a memorial on Monday marking the 25th anniversary of the racist murder of black teenager Stephen Lawrence in a killing that triggered far-reaching changes to British attitudes and policing. The prince and his fiancee Meghan Markle joined Stephen's mother Doreen Lawrence, who campaigned tirelessly for justice after her son was brutally stabbed to death at a bus stop on April 22, 1993. (Photo by Victoria Jones / POOL / AFP) (Photo credit should read VICTORIA JONES/AFP via Getty Images)

Prince Harry has opened up about juggling his mental health and being a parent.

The 37-year-old has admitted he has had to put time dedicated to himself, and wellbeing, to one side now he has daughter Lilibet and son Archie with wife Meghan Markle.

Speaking in a virtual event as part of BetterUp’s Inner Work Day with Meghan’s close friend Serena Williams, Prince William’s brother said: “The self-care is the first thing that drops away. I’m happy to admit that — as a husband, as a dad.”

However, when his two-year-old son is at school, and his youngest is enjoying a nap, he may squeeze in a workout or meditation.

The Queen’s grandson said: “Okay, one of the kids has gone to school. The other one’s taking a nap. There’s a break in our program.

“It’s like, right, it’s either for workout, take the dog for a walk, get out in nature, maybe meditate.”

Harry is loving fatherhood, and has admitted it is the “most fulfilling” aspect of his life.

While Harry and Meghan remain private about their family life, Harry has previously admitted having two children is a “juggle” at times, although Lilibet is “very chilled”.

In a previous conversation with musician Ed Sheeran, which was reported on Hello! magazine, he shared: “two is definitely a juggle.”

Harry has long been an advocate for mental health campaigns, and in 2021 he joined forces with the Duke and Duchess of Cambridge to set up the Heads Together campaign.

As part of their work for the charity they aimed to raise awareness around mental health to encourage people to open up about their thoughts and feelings, and hosted numerous events.

The post Prince Harry opens up about his mental health and parenthood appeared first on Marie Claire.

Did you miss our previous article...
https://deals.delivery/fashion/britney-spears-is-reported-to-have-been-engaged-one-year-ago-but-she-remained-silent-due-to-conservatorship