Jennifer Lopez insists that her humble beginnings keep her grounded

Jennifer Lopez has forged a successful career in the music, film, fashion and beauty business, over the years, and shows no signs of slowing down.. 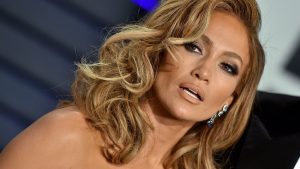 Jennifer Lopez has forged a successful career in the music, film, fashion and beauty business, over the years, and shows no signs of slowing down.

The Love Don’t Cost a Thing hitmaker had her sights set on being famous ever since she was a child. Despite selling out concerts, selling over 70 million records worldwide, and grossing over $3 billion from her film career, J.Lo doesn’t let her fame and fortune go to her head, which credits her “humble beginnings” for.

The 52-year-old actor and singer – who kicked off her career in 1991 as a Fly Girl dancer on In Living Color – told Apple Music 1: “I just wanted to make music.  I wanted to dance on stage like I did at my dance recitals when I was five and six years old.

‘That was my dream, was able to do that and make a living doing that. And yes, it’s still amazing to me, because I come from humble beginnings in the Bronx.”

J.Lo currently stars in Marry Me, which documents the highs and lows of a pop star’s life when she discovers her partner is cheating on her on social media.

The Maid in Manhattan star, who has recently rekindled her romance with Ben Affleck after her split from Alex Rodriguez, has admitted she could relate to her character.

Speaking about the role, she said: “It’s kind of very meta.

“I play a pop star who is kind of in this age of social media, who over the years has gone through different versions of what fame is from the tabloids to this, to that and everything.

“I was able to bring so much of myself. I don’t think anybody could have understood this role the way I do, because being an actress and a singer and a performer, and having that experience of trying to keep your feet on the ground while all of this stuff is happening with this tremendous fame, when all you really wanted to do in the beginning was, be a singer and a dancer, and an actress.”