Here's everything you need to know...Getty ImagesThe Cambridges are the most talked-about family in the world, making viral news for everything from..

Here's everything you need to know... 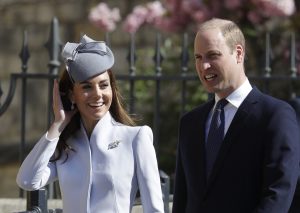 The Cambridges are the most talked-about family in the world, making viral news for everything from Kate and William’s role elevation over the coronavirus pandemic to Prince George’s recent birthday photographs.

It was the Duchess of Cambridge that made the most news this week however, as the sweet story behind her iconic engagement ring resurfaced.

Kate Middleton’s ring, originally Princess Diana’s stunning 12-carat Ceylon sapphire surrounded by 14 solitaire diamonds, actually belonged to Prince Harry, until he gave it to William when he wanted to propose to Kate.

‘After Diana died, the boys both chose a keepsake from Kensington Palace when they moved to Charles’ rooms in St James’s Palace,’ a source reportedly told the Daily Star.

‘Prince William picked his mum’s Cartier watch, and Harry picked her sapphire and diamond engagement ring. But they had an agreement that whoever got engaged first would have Diana’s ring – and of course that was William and Kate.’

In a recent Amazon Prime documentary, The Diana Story, the Princess of Wales’ former butler Paul Burrell opened up more about the moment, saying that Harry’s ‘selfless’ act was something Princess Diana would have done.

‘Harry said to him: “Wouldn’t it be fitting if she had mummy’s ring?”‘, Paul said of Harry giving the ring to his brother. ‘Then one day that ring will be sat on the throne of England. Harry gave up his precious treasure.’

Paul continued: ‘His one thing he kept from his mother, he gave to his brother. That’s selfless, kind and exactly who Diana was.’