The Rise and Fall of the Social Media Influencer

The word influencer was added to the Merriam Webster dictionary in 2019, but influencer marketing is nothing new. For centuries, high-profile.. 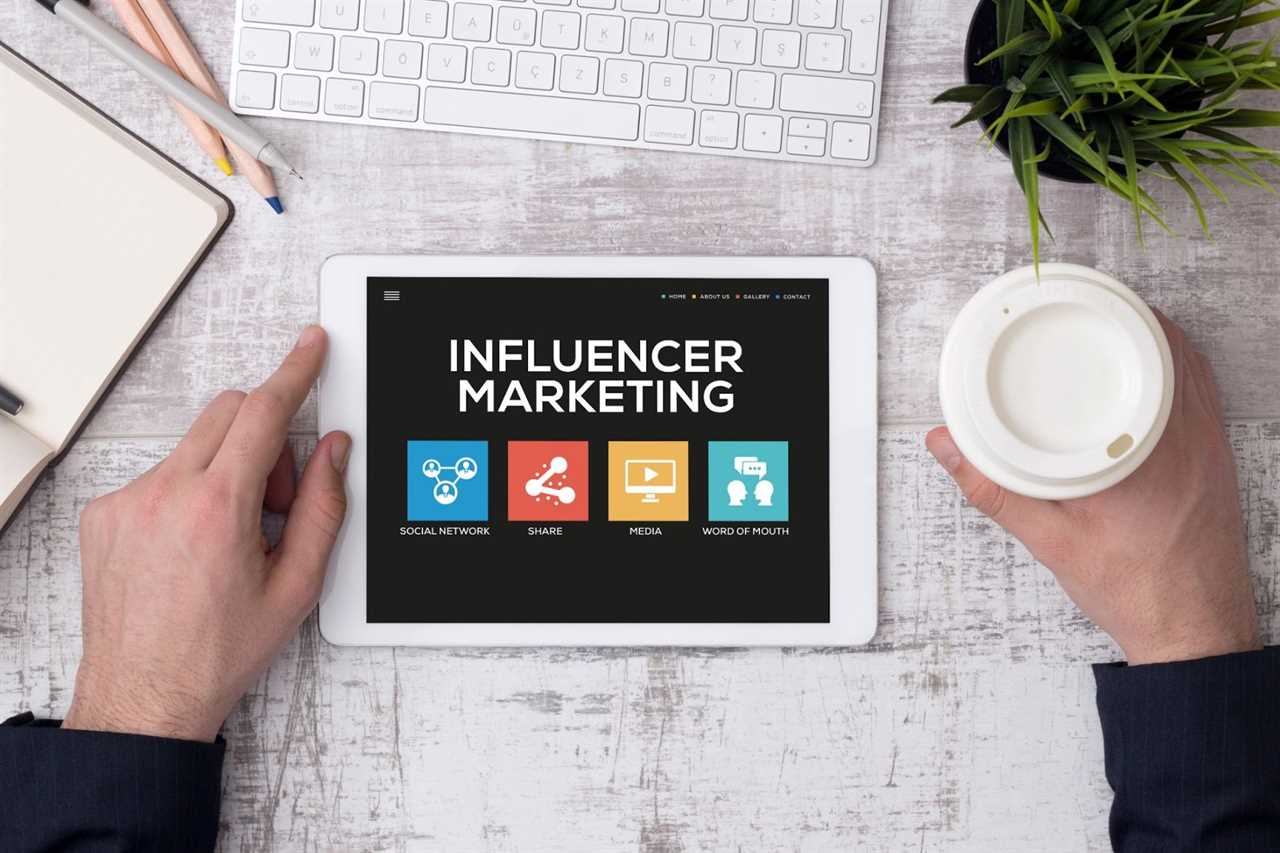 The word influencer was added to the Merriam Webster dictionary in 2019, but influencer marketing is nothing new. For centuries, high-profile individuals have influenced consumer buying decisions.

In the 17th and 18th centuries, citizens turned to kings, queens, and popes for advice on which medicines to take. The in early 1900s Roscoe Arbuckle became one of the first celebrity influencers when he agreed to promote Murad cigarettes (although he refused to actually smoke them).

Fictional characters influenced too. Coca-Cola brought us the jolly version of Santa Claus we all know and love today in their 1930s Christmas campaigns. The Marlboro Man made smoking look cool and increased sales from $5 million to $20 million during a two year span in the 1950s. Little Mikey made Quaker Oats a go-to breakfast for even the pickiest eater.

Celebrity endorsements began to explode in the 80s and 90s; Michael Jordan promoted everything from his own Air Jordans to Wheaties to Gatorade to McDonalds (this list could go on). Jennifer Aniston convinced women that L’Oreal could give them hair like her Friends character Rachel Green. Cindy Crawford and The Spice Girls made iconic Pepsi commercials that we still remember today.

Then came the 2000s and the internet, and you no longer needed to be a celebrity to be an influencer. Bloggers surged in popularity writing about travel, parenting, food and the like, and the lifestyle business sector was born.

But is influencer marketing effective? It really depends on the ability of brands and influencers to create authentic content and build trust with their followers.

Let’s take a look at the state of influencer marketing — the rise, the fall (some would say), and where it stands today.

The Rise of the Influencer

In 2000, only half of U.S. adults were on the internet (compared with 84% today). Having a blog was still interesting (not everybody was doing it yet) and those with the talent to create engaging content could build followings. At first, bloggers shared products just because they liked them, but it didn’t take long for companies to see an opportunity.

The arrival of social media, particularly Instagram in 2010, transformed influencer marketing and provided a platform unprecedented in scope and accessibility. Early-adopter Instagram influencers were able to build huge, loyal followings.

In the years that followed, Instagram users grew exponentially from 100 million users in 2013 to more than a billion today; as the platform grew, influencer marketing grew with it.

Celebrities on social media also became the norm during this time, making them more accessible than ever to their fans. While market research showed that people were more likely to trust an influencer than a celebrity or brand, it didn’t mean they weren’t swayed by which products their favorite singers, actors, and models were using.

By the end of the decade, 86% of companies were allocating part of their marketing budget to influencer marketing. Social media users were used to seeing sponsored content and even seeking it out to find products they might like.

Influencer marketing had arrived and was showing no signs of slowing down.

As platforms and influencer culture grew, technologies were developed to help influencers manage and grow their accounts. Follower farms and bots became common and called into question the authenticity of influencers and the content they shared.

A company named Devumi used multiple websites to sell fake followers to more than 200,000 customers — including many well-known celebrities and politicians.

Other challenges arose that further tarnished the reputation of influencers as a whole and began to affect the way influencer marketing was perceived by consumers.

High-profile scandals left people feeling disheartened and even betrayed by the influencers they had gotten to know and trust.

The onset of the COVID-19 pandemic meant many of the activities influencer content centered around (travel, sports, and restaurants to name a few) were totally shut down or restricted. Influencers who continued sharing content related to those and other “normal life” activities were seen as insensitive for doing so while the world was in crisis.

Today, influencer marketing is on the rebound and despite the challenges it faced at the turn of the decade, companies and consumers alike are still gravitating toward influencers.

In 2021, 59% of companies responded in a survey conducted by Influencer Marketing Hub that they have a budget specifically allocated to content marketing, and 75% of that group plans to dedicate funds to influencer marketing, indicating that influencer marketing, like many other industries, is on the rebound after struggling through the pandemic period.

But influencer culture has also evolved, and things look much different than they did during the early years of social media or even just a year or two ago. Consumers are more savvy. Influencer marketing has made an even further shift away from traditional advertising, where companies are considered the experts and consumers are viewed as manipulatable.

Transparency is now the norm. Most times, influencers place an #ad hashtag in their sponsored posts, and there’s no fear that followers will be turned off by knowing a post is sponsored. Now, the #ad hashtag is seen as an indicator of status, and aspiring influencers often include it in posts when they aren’t being paid at all in an effort to be viewed as more popular than they really are.

The trend toward everyday influencers has continued. While celebrities with huge followings will always be utilized by brands, consumers feel most connected to regular people whose content, even when sponsored, is more authentic and relatable.

The emergence of TikTok in early 2020 also brought on an absolute explosion of creative content from everyday people, and thanks to an algorithm that doesn’t lean heavily on follower count, content goes viral because it’s resonating (not just because it has a bigger platform).

So while TikTok is no exception to seeing well-established influencers and celebrities post sponsored content (a TikTok user with 1 million followers can make thousands of dollars per month), it also presents bigger opportunities for aspiring influencers and regular people who produce high-quality content to go viral and see their follower count climb as a result.

Simultaneously, the TikTok creator fund as well as platforms connecting influencers with brands are helping people take charge of their influencer marketing opportunities.

With this expansion in size and scope of creative outlets and tools on social media coupled with a savvier consumer base, companies are looking more toward micro- and nano-influencers who are connected with niche follower bases and have more product expertise.

Micro- and nano-influencers have less followers but are more likely to come off as authentic and produce content that will convert potential customers. Because they are more connected with their followers, they’re able to better use emotional marketing and tell a story that customers can relate to and makes them want to learn more.

In short, influencer marketing has shifted from a primary focus on follower count and popularity as the primary indicator of success to a new appreciation and emphasis on authenticity and transparency. This is in many ways easier to do with a niche follower base of a few thousand versus several million.

How Today’s Marketers Can Succeed With Influencer Marketing

Social media influencer marketing is still on the rise in 2021, but it has fundamentally changed since its initial rise a decade ago. Working to gain the most followers or seeking out influencer partners based on the size of their follower base is not the effective strategy.

Instead, companies and influencers who focus on authentic, high-quality content not made for the masses but highly resonant with target audiences are finding the most success, a trend that seems likely to continue as social media content continues to become more personalized to the user.

A large platform will always have its advantages, but a “more is more” mentality is no longer the straightforward answer when it comes to successful influencers. The future of effective influencer marketing will be more nuanced and to get real results, brands will have to be willing to invest in the effort that requires.

The post The Rise and Fall of the Social Media Influencer appeared first on Marketing Insider Group.

By: Michael Brenner
Title: The Rise and Fall of the Social Media Influencer
Sourced From: marketinginsidergroup.com/influencer-marketing/the-rise-and-fall-of-the-social-media-influencer/
Published Date: Tue, 08 Jun 2021 14:44:00 +0000